Trip to Malaysia, video no. 1: Days of Sun 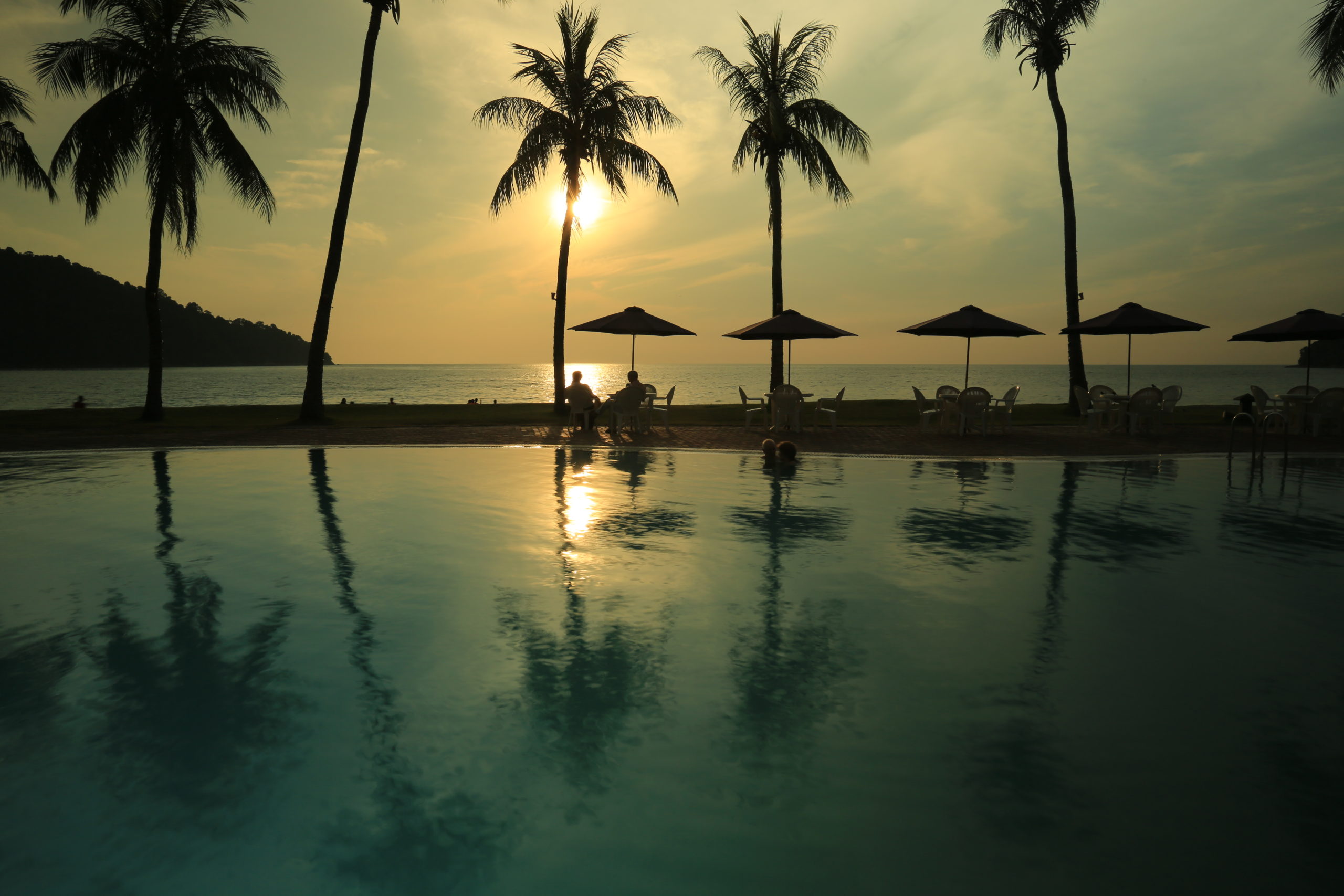 January 2014 was a month of holiday.
This time, the winter holiday was due to take place under the warm tropical / equatorial sun in Malaysia and Singapore. Although holiday, it didn’t mean that video equipment should be left home. Au contraire – I love filming, so it’s ok to do it while on holiday. It’s just that, this time, the video equipment luggage alone was over 16 kg. After harsh looks from my wife, I had to leave behind two lenses, the lens heater (why would I need a lens heater at tropics?) and other minor stuff… 13,5 kg in the end. Ok…ish.

Among other interesting places we visited, the major attractions were the tea plantations at Cameron Highlands (for which I specially brought the Zeiss 100mm Makro) that features a special article here, and a very nice resort on Pangkor Island called Pangkor Island Beach Resort:)

Although we are not the resort-tourist-type, we decided to spoil ourselves with this 4 stars luxury holiday by the Indian Ocean. Was it worth it? The following video will tell the story and then you can decide for yourselves.

For some unforgettable 9 days I made an extensive use of my equipment while savoring the beach and very expensive beers (Malaysia is a Muslim country) among peacocks, horn-bills, monkeys and a very funny wild boar that was visiting us precisely 20 minutes before the birds’ feeding time:)

The wild boar was not always funny though, as once he just came very very close to me while I was shooting him and took a bite of my Joby tripod – two balls at the end of one leg were chewed and chewed and chewed and in the end left on the grass completely deformed.

Although the video equipment included a Canon 5D Mark III, I found myself making more use of the oldie but goldie Panasonic GH2 mirror-less camera that proved to be very useful as it had an Olympus 14-150mm attached. Not the brightest or the most trustful lens in the world, but hey, 12000 km away from home you just use what’s in the bag:) and the Olympus is a very versatile lens to carry around because of the huge focal lengths it covers.
For my 5D I was only carrying the Canon EF 16-35mm f/2.8L II USM and a Zeiss Makro Plannar 100mm that I thought would be enough for some time lapse shots and macro shots.

I also had one GoPro Hero 3 Black Edition: the underwater shots were taken with 50fps slow motion 1080p.
The color grading was made with default and simple Premiere tools and also a bit of Looks (from Red Giant).

Got ya, Mr Peacock! 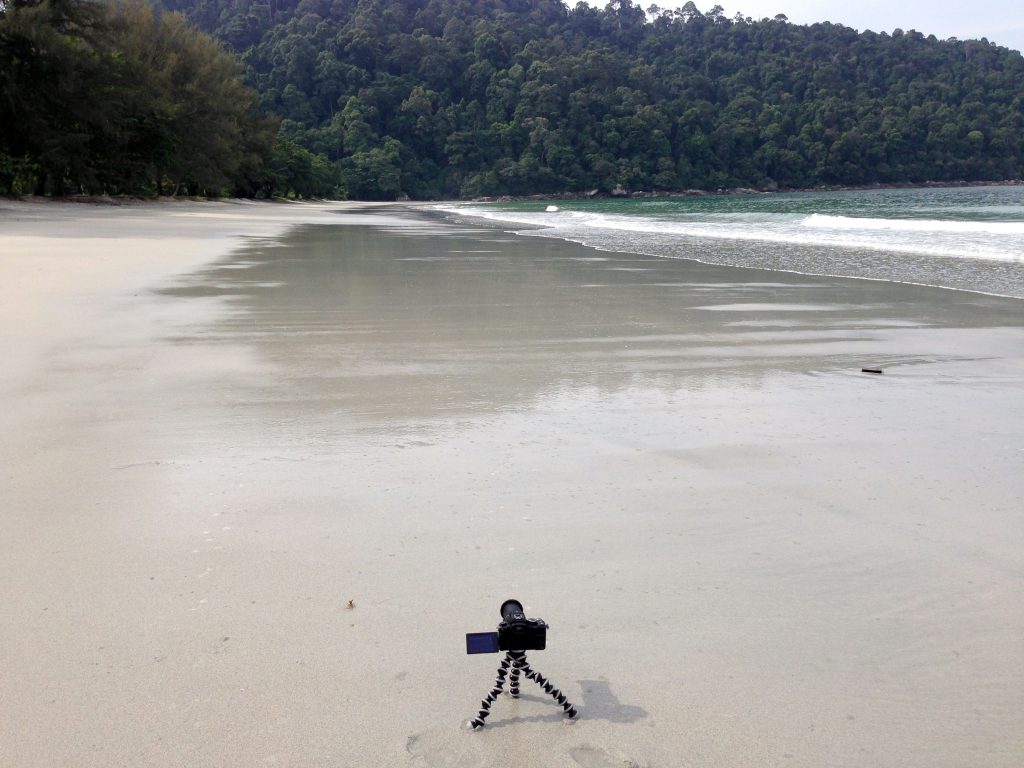 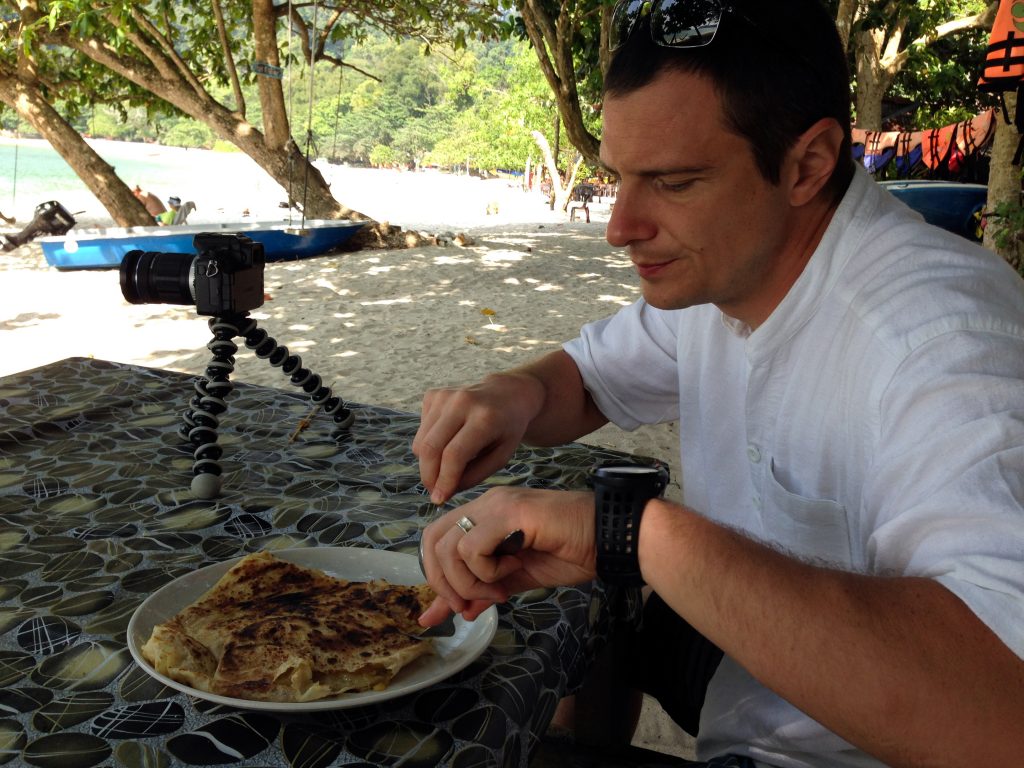 For those who wonder what was I thinking regarding the lens heater that I initially packed, I must say that I didn’t know what to expect, and even if it’s hot, there can still be a lot of humidity in those areas, so during day-to-night or night-to-day shots you might get some dew on the lens. Well – I didn’t, lucky me. Everything went fine, even if the camera stood still in the open from 10 am to 5 am next day.