One night in Singapore 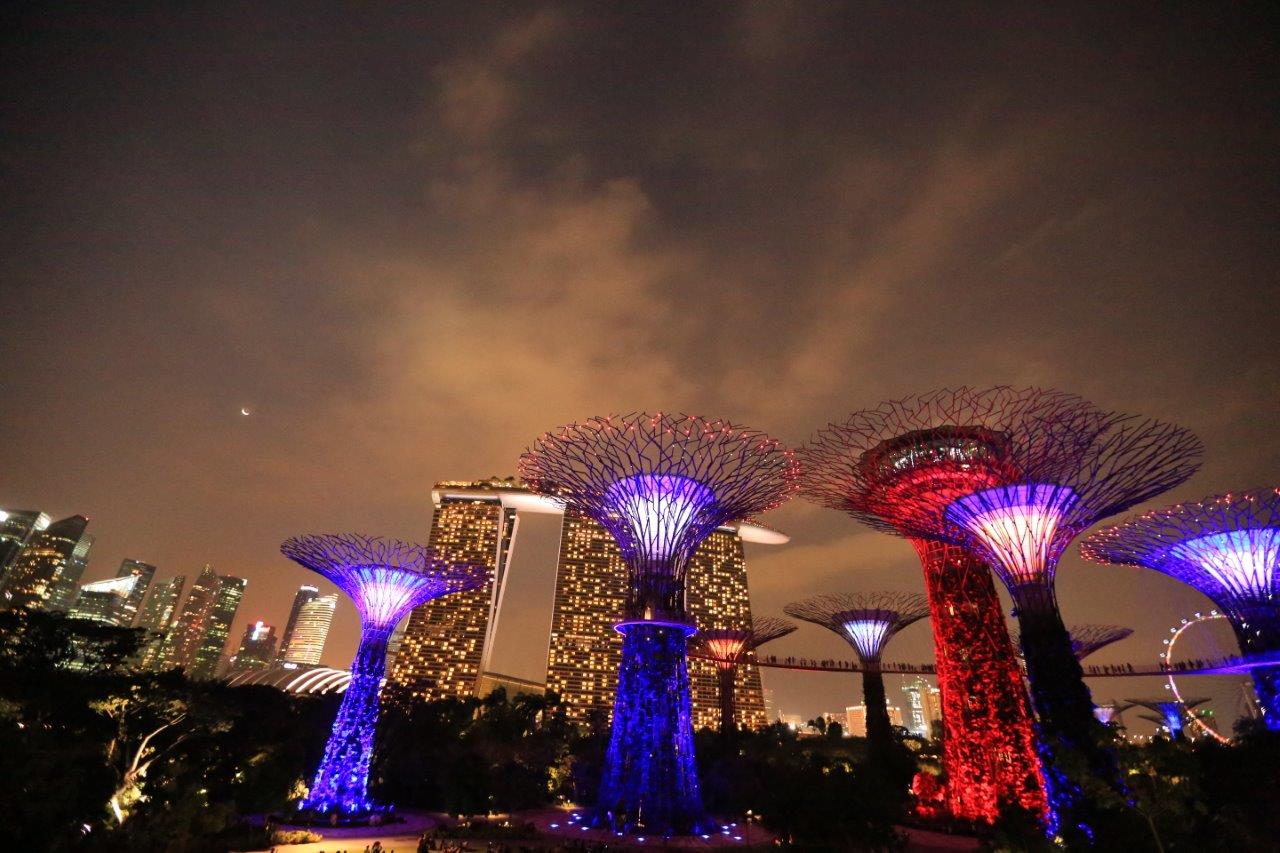 January 2014 was a month of journeys in Asia.

After visiting the great Cameron Highlands‘ tea plantations and then staying for a heavenly week in Pangkor Island, it was time to go back home. But not before passing through Singapore, which is right next to Malaysia.

Singapore has a beautiful central area built on reclaimed land from the sea. Yes, some years ago here there was nothing but the sea: 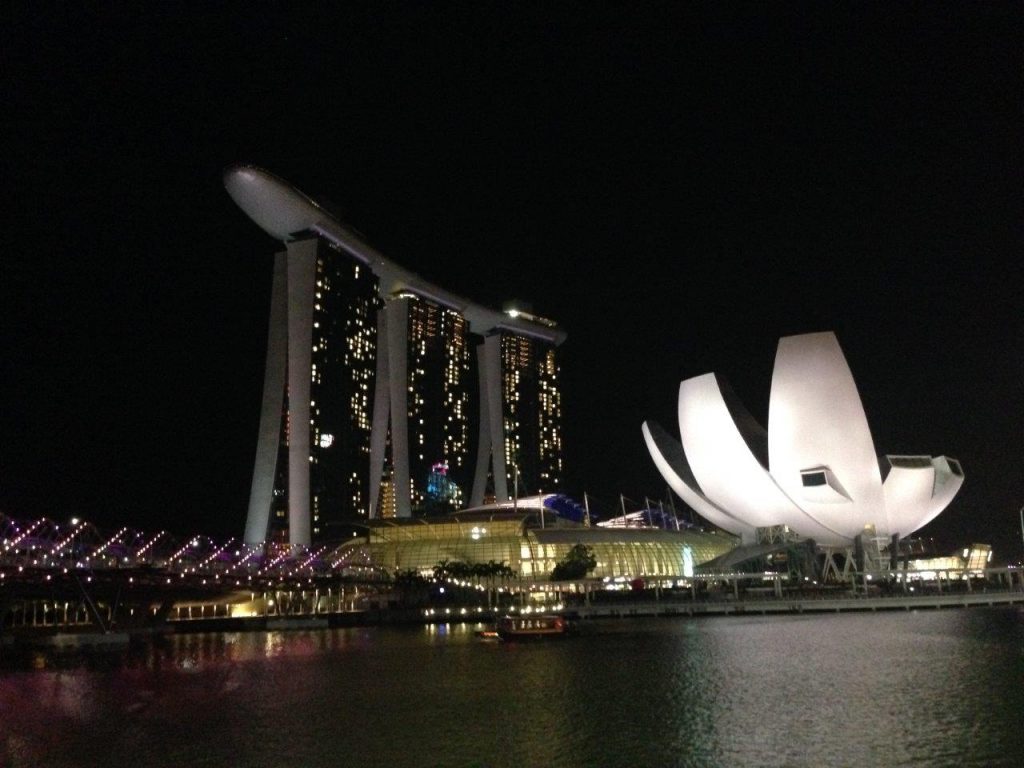 The scenery at the Marina Sand Bay.

Now you can see amazing architecture, including the giant hotel above: the three pillars are united by a huge “boat” on top of them, which is actually a huge pool.

In Singapore we were looking for an off-season holiday with little tourists and peaceful time for visiting the surroundings. Well, little did we know that when we got there it was precisely the Chinese New Year so the whole city was packed with tourists.
After seeing the pool I had the bold idea to rent a room in the spectacular Skypark Hotel: the first available double was in May!

Let me in there! NOW

All that was left for me to do was take some nice pictures from the roof top of the hotel. Next time I’m going to Singapore this will be the place to rent a room. It gives you access to the pool and you can also shoot spectacular timelapses of the sun setting over the city skyline of Singapore. 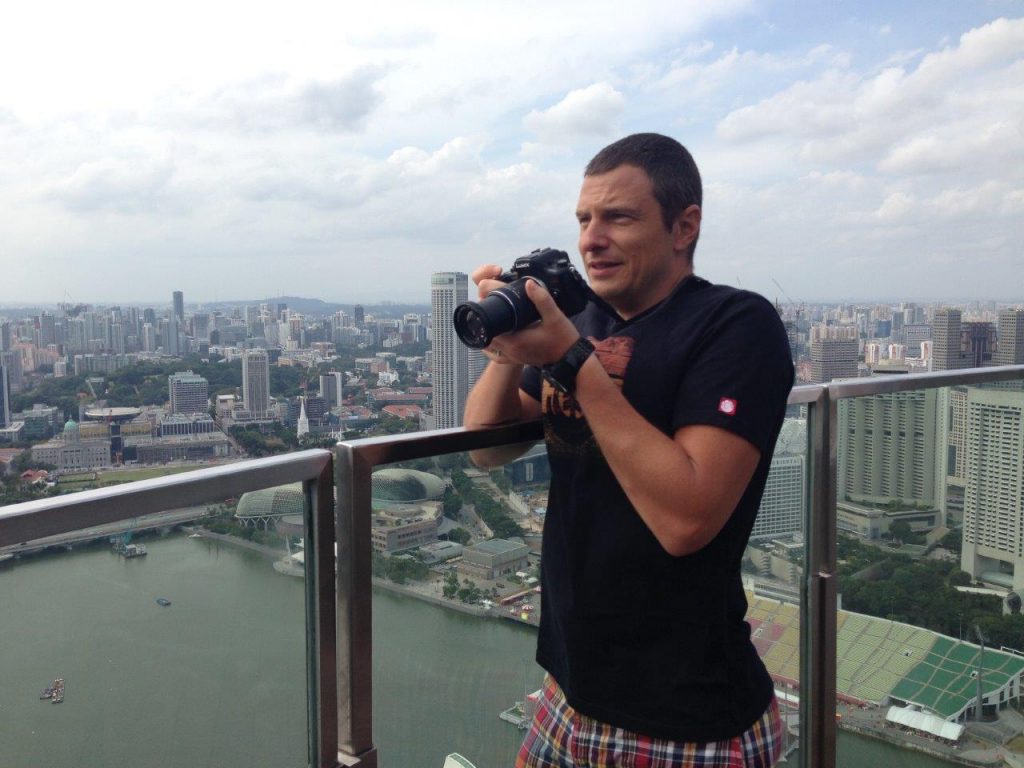 Take a deep breath. Look at the most beautiful pool in the world. Take picture. Go home.

A little bit tired after carrying the equipment around in Malaysia, I only found 3 hours during one evening to take some shots of the beautiful central area of Singapore.

So the film you are about to watch took only three hours of shooting (that’s why it’s so short!) and two cameras: Canon 5 Mark III and the good old Panasonic GH2 – which is not the greatest option for night timelapses, but it’s working – especially when you’re far away from home and don’t want to carry a full frame DSLR in your bags.

My evening of timelapses started in a place called Gardens by the Bay. You should google it:) It is built also in reclaimed land (only fish boats here 100 years ago) and each evening the place hosts a nice light and sound show. 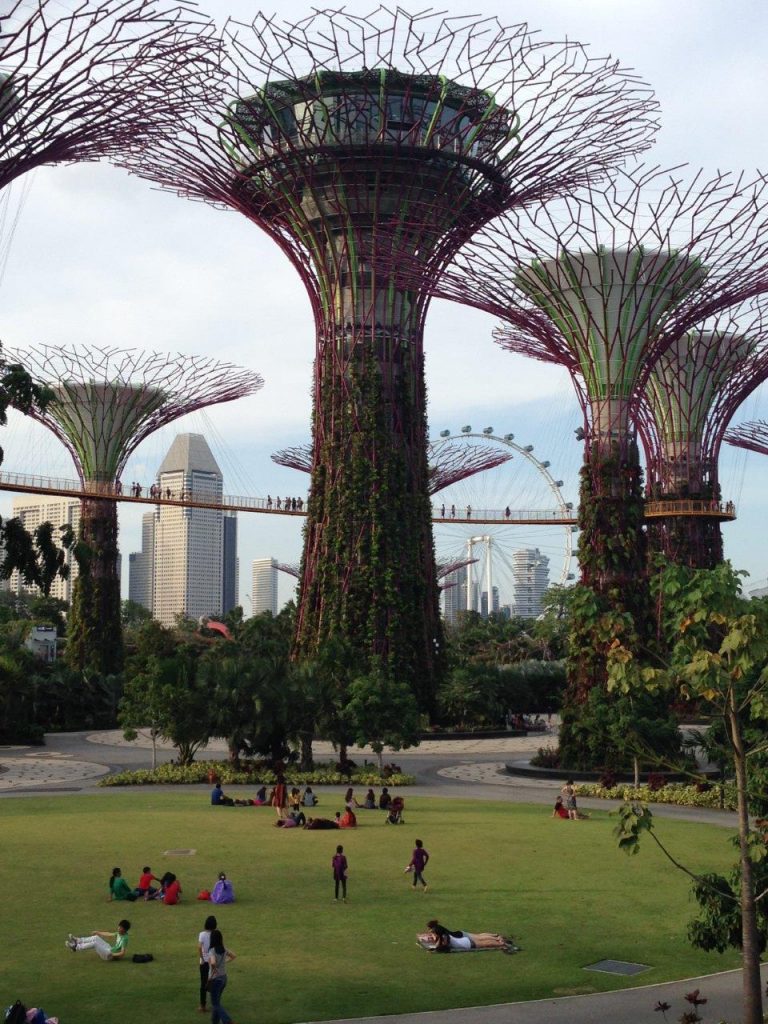 Gardens by the bay

Also, at the end of the video you will notice a light and water show that takes place twice every evening in the Marina Bay, in front of the hotel described above.

This is the video: