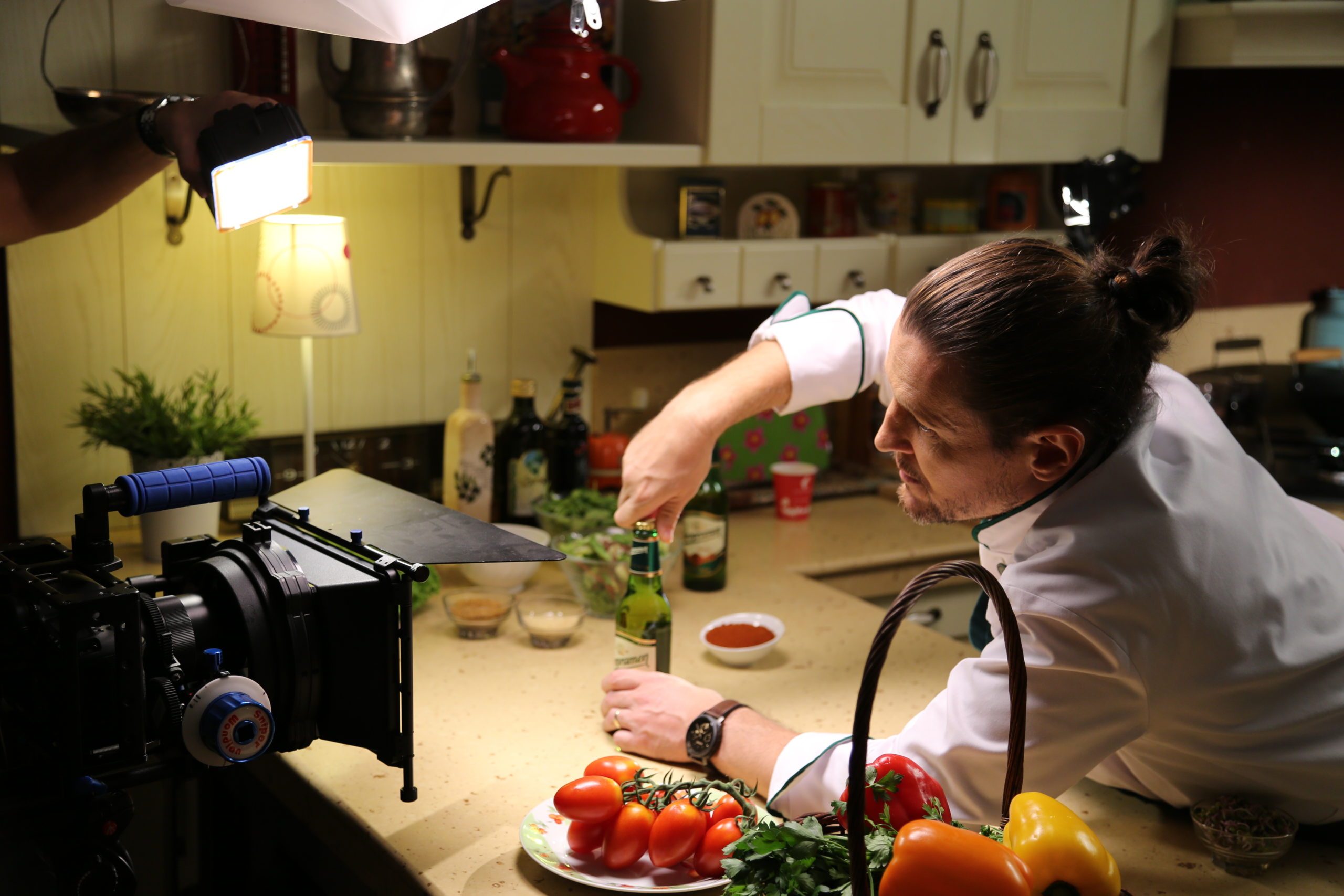 The commercial would have been broadcast during Masterchef show – season 2014-2015; Staropramen was one of the main sponsors. Adi Hadean, with whom we just finished filming the project mentioned above – recipes, was one of the chefs.

The location chosen was KULT showroom on Floreasca Blvd., in Bucharest, and the man behind the tasty dishes was Liviu Chiorpec (click to access the Facebook page). While we shot the commercial in a kitchen of the showroom, Liviu kept inventing new good looking recipes, accompanied by Lowe & Partners people.

Garlic cutting in front of the agency

In the meantime …backstage:)

Liviu, paying attention during the shooting, so that everything looks spectacular

The shooting wasn’t painful at all as for the executing time spent and this is mainly due to Constantin Lupescu, the actor that played the chef role in this Staropramen story. What you cannot see in the final commercial is a sequence in which Constantin had to take a sip before saying “Savor it with a special dish”. There were lots of doubles: he drank a lot a nonalcoholic beer!:)

Constantin Lupescu in front of the camera

The 23rd bottle opened. Looking for the perfect “tsssst” 🙂

The spot was filmed with a Canon 5D Mark III and Zeiss lenses (general view) and 100mm macro (detail frames with the dishes and the beer bottle opening).

We had an excellent team in charge. Thank you to Misu Ionescu, Andrei Oana, Raul Dumitru, Miche Marcu, Bogdan “Buze”, Emilian Floares. The edit was done by Sergiu State.

And last but not least, here is the commercial (select 1080p for viewing):