Stella Artois - "I am what I know to do" - Parcfilm

Stella Artois – “I am what I know to do” 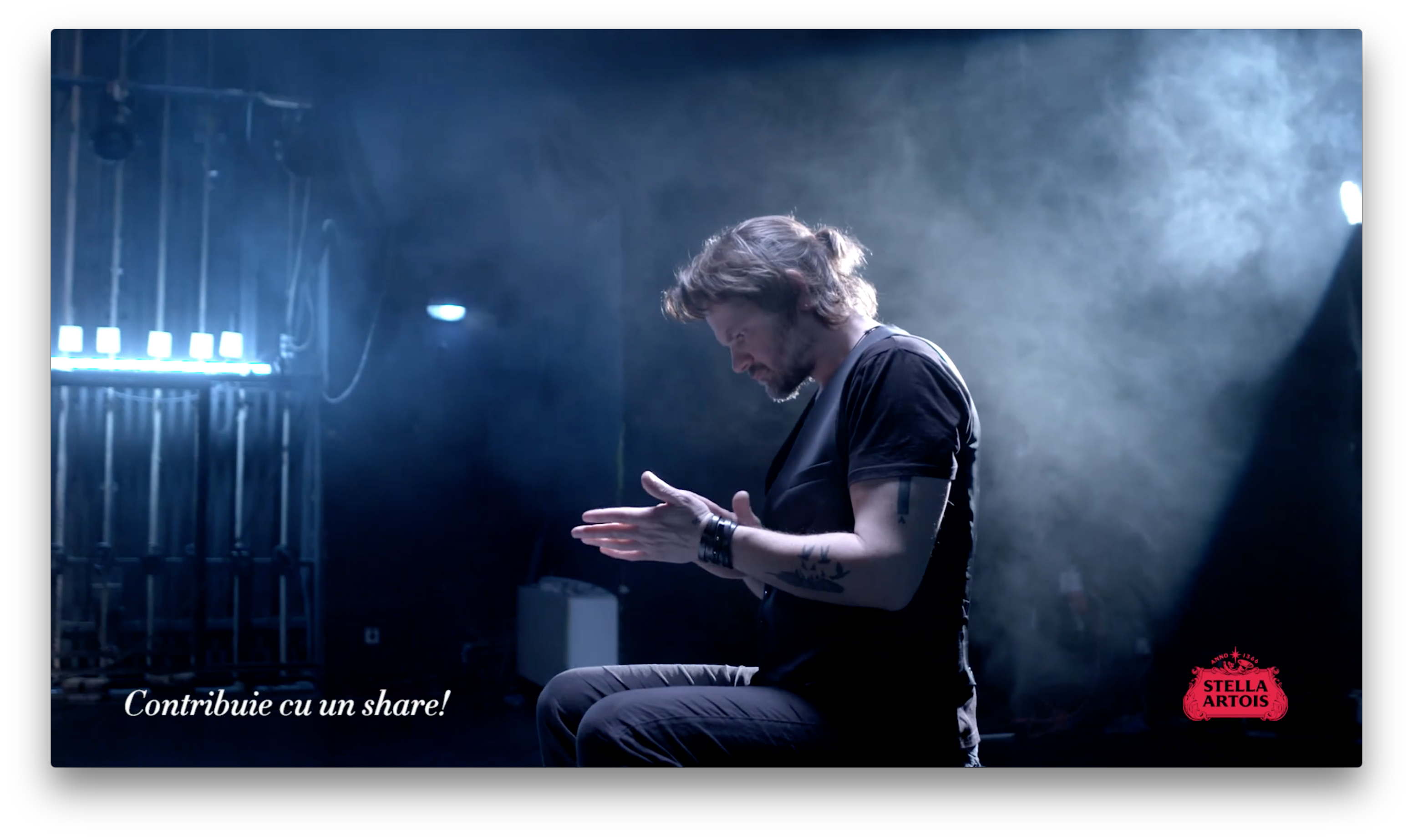 In the fall of 2017 Stella Artois, under the umbrella of the campaign “I am what I know” / I am what I know how to do, resorted to two well known names in the media landscape to paint his artistic manifesto in the context of the brand message.

Florin Piersic jr – actor – and Adela Parvu – interior designer – were the ones who talked about themselves in two very different spots from the stylistic approach.

Florin told us about what happened in the minutes before he left the stage. The artist’s nervous state of minde before facing the public.

For this, we rented the scene of the Jewish State Theater. Because we had to shoot this project exactly in the week of the National Theater Festival, we had a very tight schedule, so the technical team came in at 3 o’clock at night, for fixing all the lights on the stage, so we could be ready to film at 9.

For good hours we spun around Florin on a 360 degree circular traveling with a dolly; every 5-6 laps I took a break, because all the team had to stay behind the camera and move with it 🙂

Although the clip has many cuts, when filming we made complete one-shots of Florin changing his set of gestures and attitudes. The extras around him had pieces of action only as long as the camera was seeing them.

For Adela I had the idea of a full 3D construction, which would develop as it outlines the lines of a home interior while voice over unfolds attributes of Adela’s vision. Adela was filmed on chroma and then, for 12 days, a team of 3D graphic designers worked on the animation sequences on the background.