Save the pencils from stress! 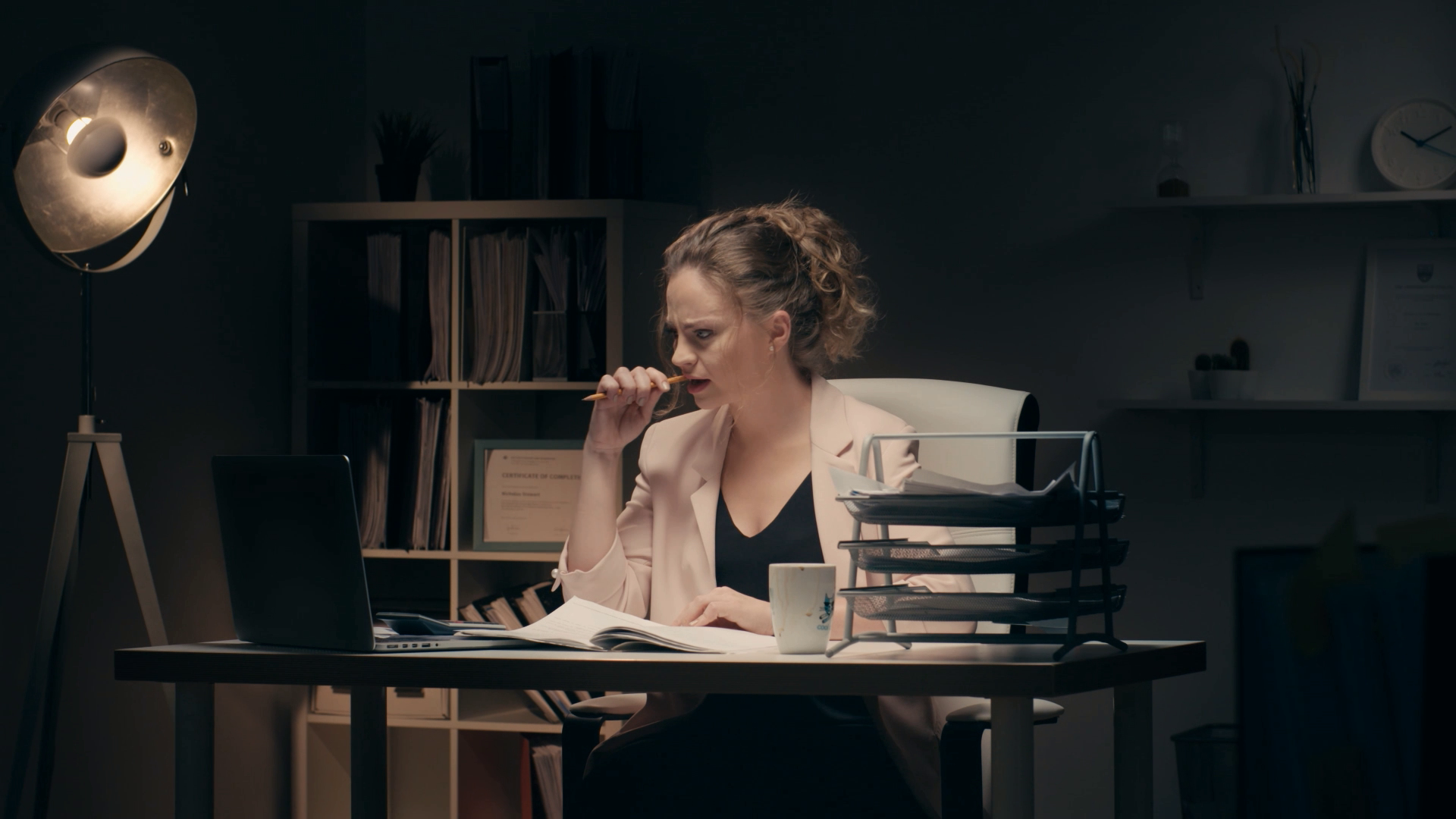 Here is a simple but very interesting project coming from Mullen Lowe, for CSALB – “Center for alternative dispute in the banking field”. Yes, it is better that they only used the initials in the spot 🙂

The project started as a simple one because it is about a super stressed woman gnawing a pencil.
The project became complicated, however, when, in the preproduction phase, the agency came up with the proposal to make a trans-trav, aka dolly-zoom. That is, zoom out (optical or digital) as we approach the character with the camera.

This process, carried out in a controlled manner, creates an expansion of the background that differs in amplitude depending on the focal length used, the distance from the character, the distance the camera travells.

So after the kick off meeting with the agency we ran to Parcfilm’s studio and started doing a lot of tests, with all kinds of cameras, resolutions, focal points, motorized and non-motorized sliders, and the videos were uploaded to the computers from post-production to check what is happening. It went well so we went on filming according to the ones studied 🙂

So Andreea, our stressed and rodent character of pencils, now seems to be moving away from the background, which is meant to accentuate the despair she goes through.
Here is the result: