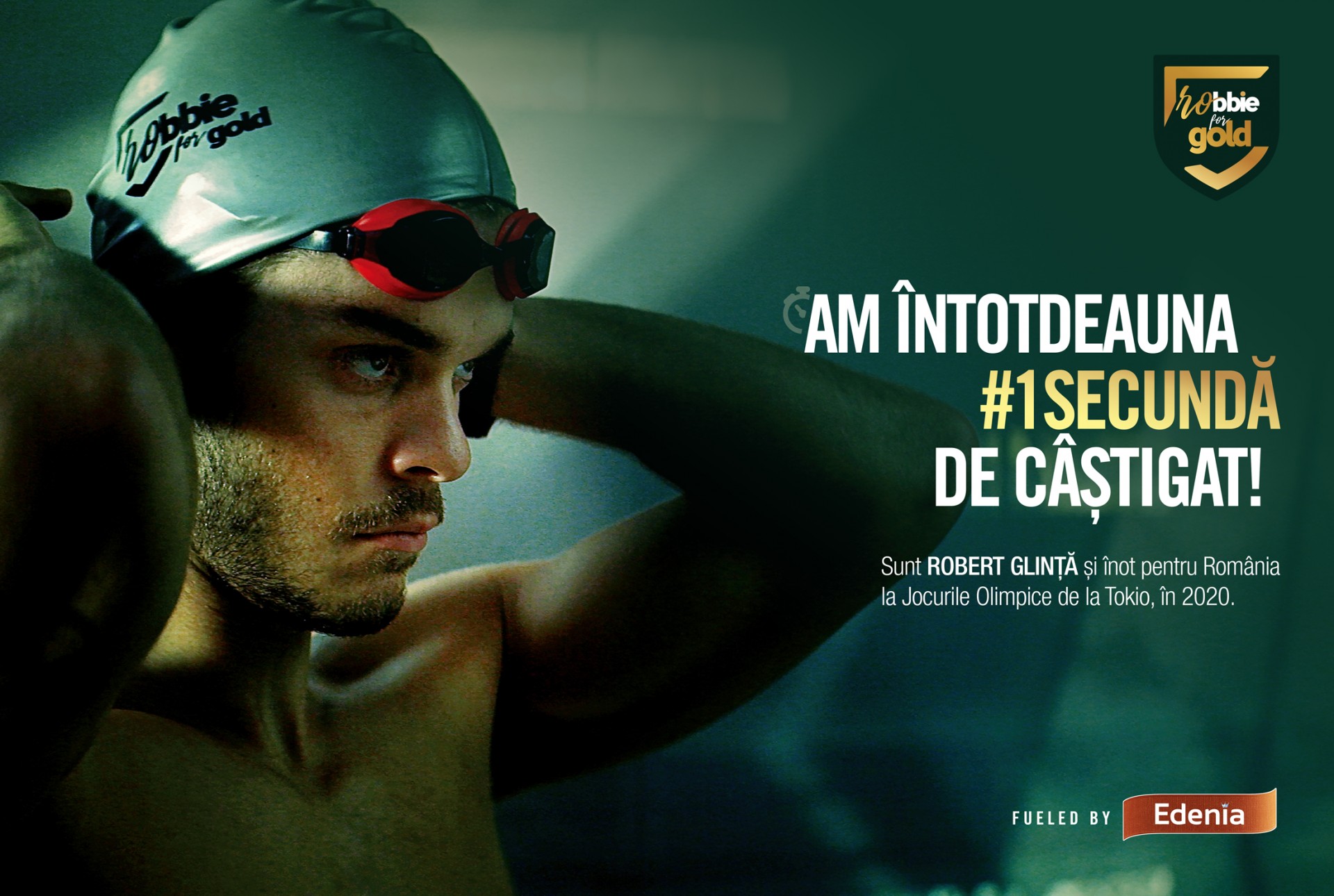 Parcfilm joined the #robbieforgold project together with Wearesports.ro / Scriptmedia in the summer of 2019, through a photo shoot that we told more about here.

We then started the discussions for the campaign video shooting, whose scenario changed from a simple illustration of a day in Robert Glinta’s life – which would surprise Robert’s entire effort to train for the 2020 Tokyo Olympics – until the image spot that finally came out. The new version of the scenario practically makes a deep incision in this picture of a sportsman who focuses all his effort on a supreme goal. The spot captures the essence: Robert has ONE second to win in order to win the Olympic title.

Becoming an image spot of the campaign all the effort was focused on … image 🙂
We thought, first and foremost, of creating a dramatic atmosphere in the Dinamo basin, where it was filmed, but also an introduction to a morning atmosphere full of “steam”. From here – an impressive amount of hazers and smoke machines, both on the outside and inside locations.

Then we looked for a solution to get as many frames per second for an impressive slow motion of Robert’s swimming and jumping in the water. Among the cinema cameras currently on the market, Red Gemini is a camera that offers the highest number of fps – 300. The next step up was to shoot with Phantom camera, which was not the case, because Red provides a more beautiful image and more than 300 frames was overkill, anyway.

And the last step – we resorted to anamorphic lenses that offer a specific, very cinematic look, and also create lens flares, which are distortions of the image but which look great in the final video 🙂

This is what came out – and we’re proud of the results: