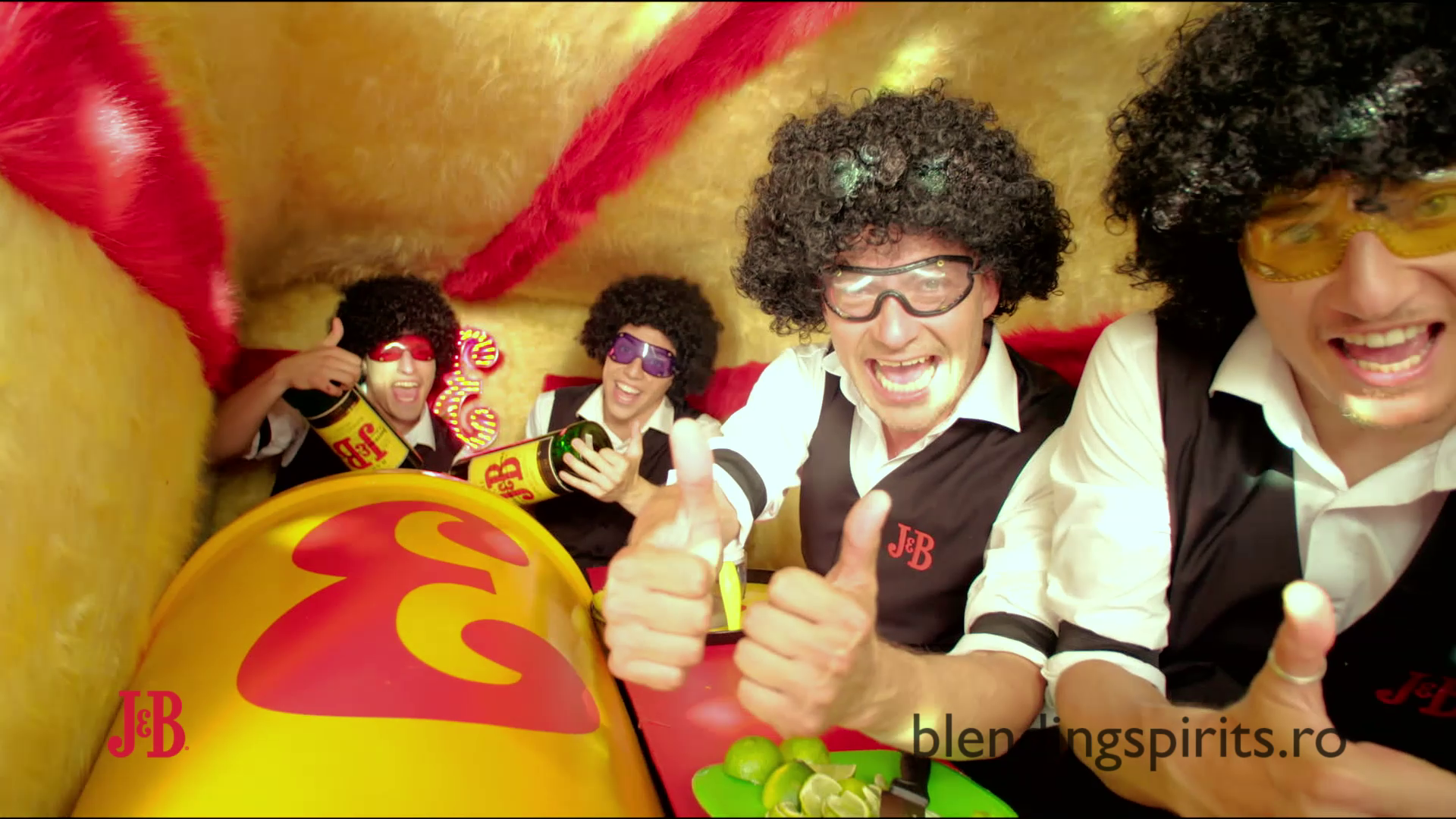 Everyone knows about the very cool campaign of J&B with the song mixes. This summer, however, the brand and The Hub Partners have taken the whole story to another level.

In the beginning, when we, at Parcfilm, received for budgeting a project where we had to throw from a plane, from a few thousand meters high, a huge blender and film it while it is stirring in the air, It seemed like a joke that will never be put into reality.

That kind of project that is proposed to the client and will never pass because of the budget. So the client might have said “let’s see how much it costs” and, next thing, we find that we have the green to manufacture huge blenders and to rent for a day the entire TNT Brothers team from Clinceni 🙂

The shooting day was divided in two: the first half – full of perspiration and cramping – as we filmed inside the plane. The second half – clear sky and plenty of air, thousands of meters of air through which the skydivers turned the blender and looked for the best ways to get filmed during this time. Because the theories that we had in mind on the ground, in which we explained what shooting angles and camera movements we wanted did not match the real possibilities, in free fall with a blender of about 30kg hung by one of them.

After about five repetitions of the jump we got all the doubles we needed and went to the assembly.

What came out is this:

Happily, ther’s also a making of 🙂