How I lost and found my GoPro camera while kiteboarding 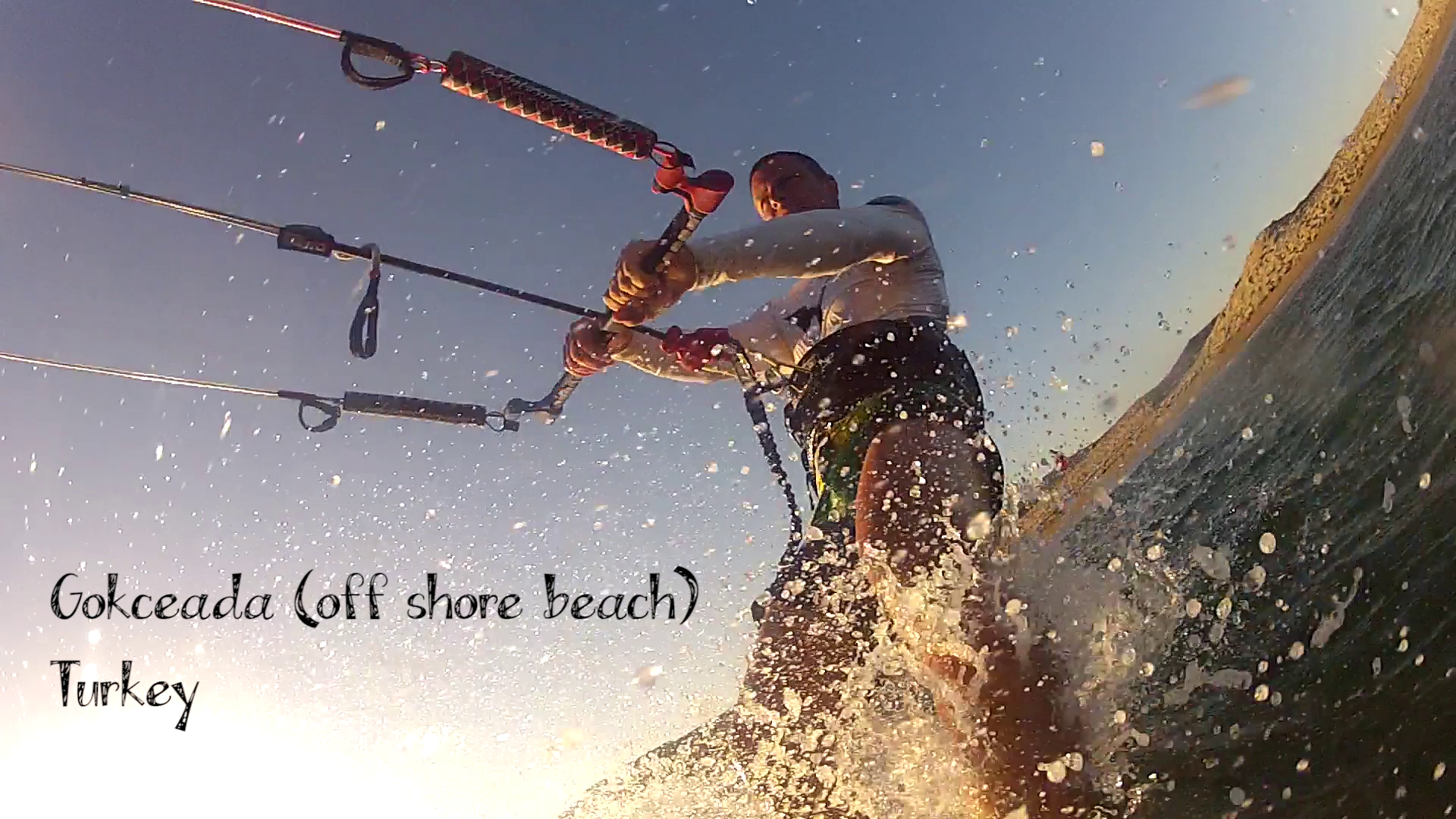 The summer of 2012 was just another summer for kiteboarding 🙂
One of the favourite destinations for Romanian kiteboarders and windsurfers is Gokceada, a Turkish island where you can get in just one day driving from Bucharest and where you can benefit from the Meltemi wind – a constant and powerful summer wind.

One of the days I was just playing with my Gopro. It was a beautiful sunset and all the colors were nice.
I mounted the camera on the board using a flat adhesive mount.

I was riding on an off-shore wind and I was trying to stay as close to the shore as possible. After just 5 minutes, while I was landing a jump, the camera fell into the water.
Surprisingly it was not the mount that broke, but the plastic link between the camera case and the adhesive mount.

At that moment the camera was at the “back” of the board, as I was riding to the right side, so I didn’t notice the camera wasn’t there anymore.
I only noticed that when I turned and… oops! No camera!

I landed the kite as fast as I could and I went back into the water for some very very long 45 minutes, looking for the camera using my snorkeling equipment while it was getting dark and cold 🙂
As I was starting to lose hope, one of my friends came into the water and he was very lucky: in only 5 minutes he found the camera!
We were so amazed that the camera was still filming after all this time.

Such a pitty it didn’t fell with the lens facing up:) We could have seen all the fish passing by.

This is a short video of the story above:

And the story doesn’t stop here. It looks like this camera just didn’t want to be with me. After one and a half years I lost it again, this time in the city, while moving from a place to another between two shootings. This time I didn’t get so lucky…
So right now I’m just waiting for GoPro Hero 4 to be released 🙂