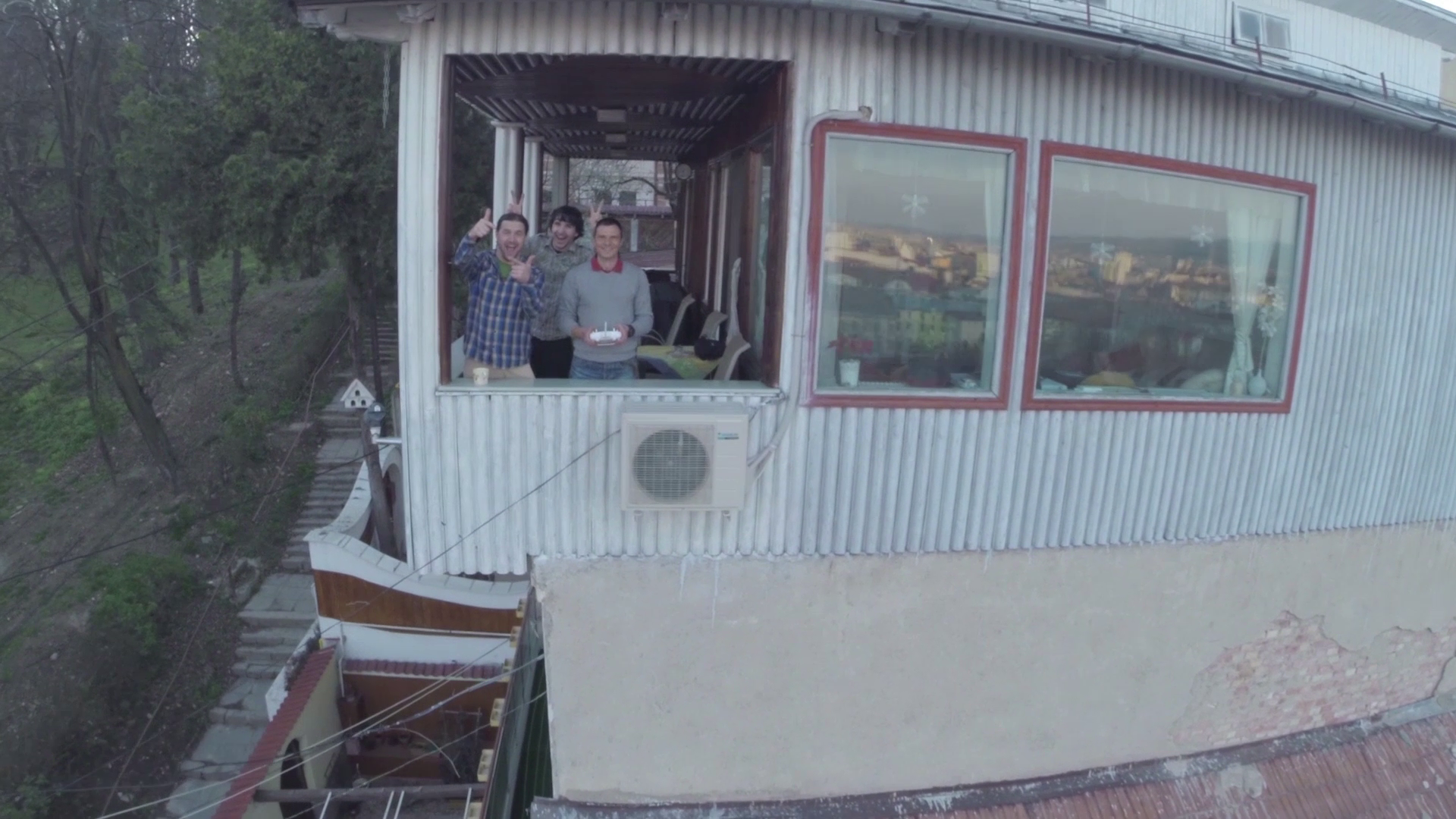 With great enthusiasm this article also announces the acquisition of a DJI Phantom drone with Zenmuse 2D stabilization system, a drone specially designed for use with a cameraGoPro.
But the story goes like this:
At the end of March 2014 I went to Cluj to make a presentation film for a very nice shop. Just a day before I had bought the drone so the impatience to use it was huge. So, although neither the client had promised us nor the presentation film necessarily required it, I said that it would be great to have some sequences with aerial filming in the film.

In short – the movie was filmed, the equipment packed, let’s take it home. Before, however, a small stop at the friends from Cluj who had lent us their GoPro camera, because the Parcfilm camera had been lost somewhere on the way to Cluj 🙂
And if we got there, let’s play a little with the drone!

In the image below – the shooting team with Catalin, who lent us the drone 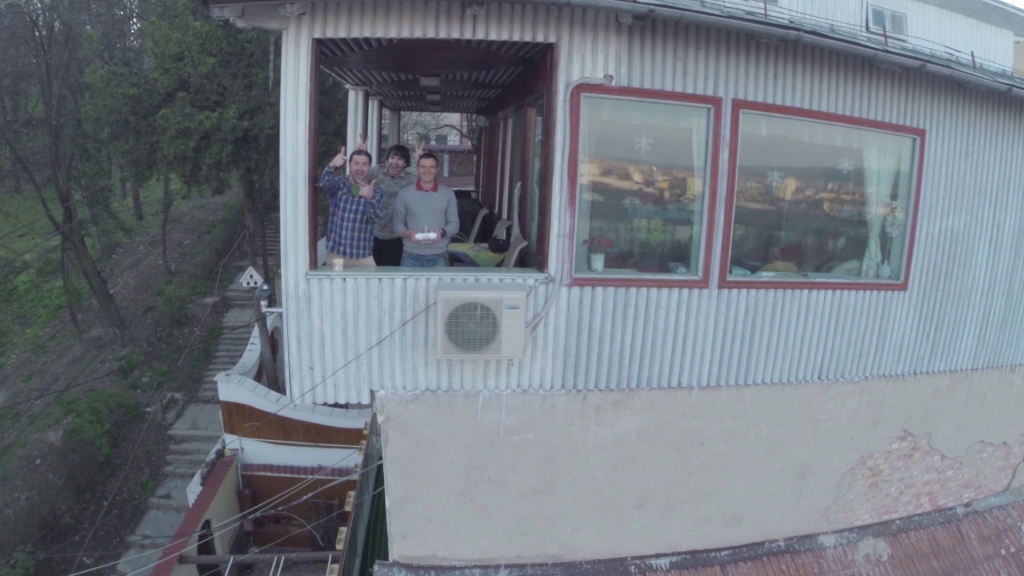 So I did some test flights, “demonstration” over a very nice neighborhood of houses.

During the flight I noticed at one point that the drone was starting to descend even though it was not receiving the order. Normally the drone stands still when the wind is not blowing and when you do not give any command. And if the wind blows, all it does is move in the direction the wind blows, in no case to descend.
Seeing the downward trend, I rushed to give him the command to return “home”, or at least to a safer and more visible place where he could be landed.

Wrong! The drone had no energy and continued to pull it down, hitting the roof of a house. If I remember correctly, we are talking about a Gf + 2 + bridge, which means that it has fallen from a height equivalent to the 3rd floor.
A still fix after the bump: 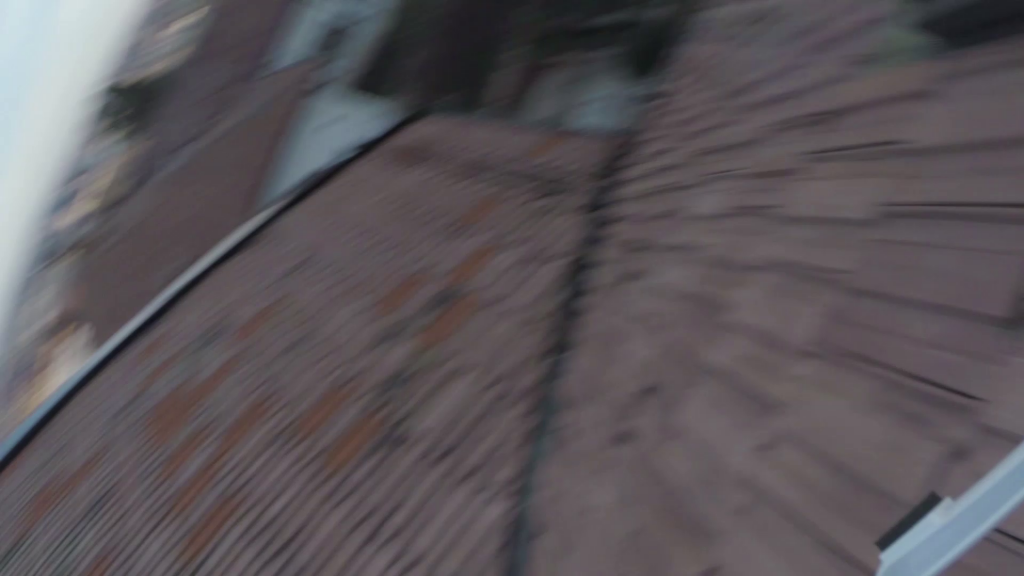 What obviously happened is that the drone ran out of battery. However, normally it is not allowed to descend, but must maintain its position (altitude) until it exceeds the lower limit of the battery, which I suspect has not happened yet.
Camera GoPro (3+ Black edition) he suffered no harm! Not even the drone itself, which still goes. In contrast, the stabilization system is a bit bent and no longer works.

No regrets, after all we had a great time, so let’s see a nice movie:

For the true fans of science and technology, I also made a video showing exactly what was broken in the machine after the accident, namely the stabilization system of the camera. The video was made for DJI (drone manufacturer), to give an opinion on the costs of repairs.