"One day I'll be Chef" - a mini series for Staropramen - Parcfilm

“One day I’ll be Chef” – a mini series for Staropramen 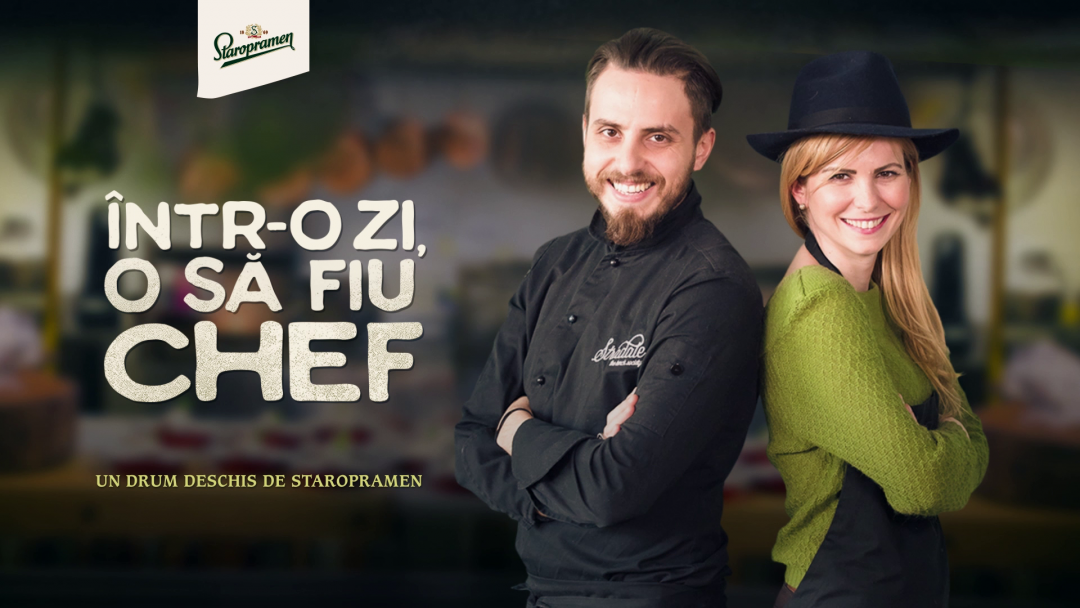 Video content for the entire digital area – web, social networking – is starting to be the next big thing. Animation films, tutorials, and all sorts of marketing videos, documentaries, and mini-series will begin to appear more and more often, and that’s normal as brands begin to embrace digital communication more and more.

Another intro for this article could have been “back in the kitchen.”

Because a very nice project from the beginning of 2016 sent us back next to pans and grills to make a series of four episodes for Staropramen via the V8i agency. The mini series was about to tell the story of Claudia Sima – 3rd place at Masterchef – which received an internship award in Chef Foa’s kitchens. Our task was to capture Claudia’s everyday life in the new “workplace”, how is she accommodating with the real kitchen conditions and the interaction with Chef Foa.

Chef Foa during the testimony 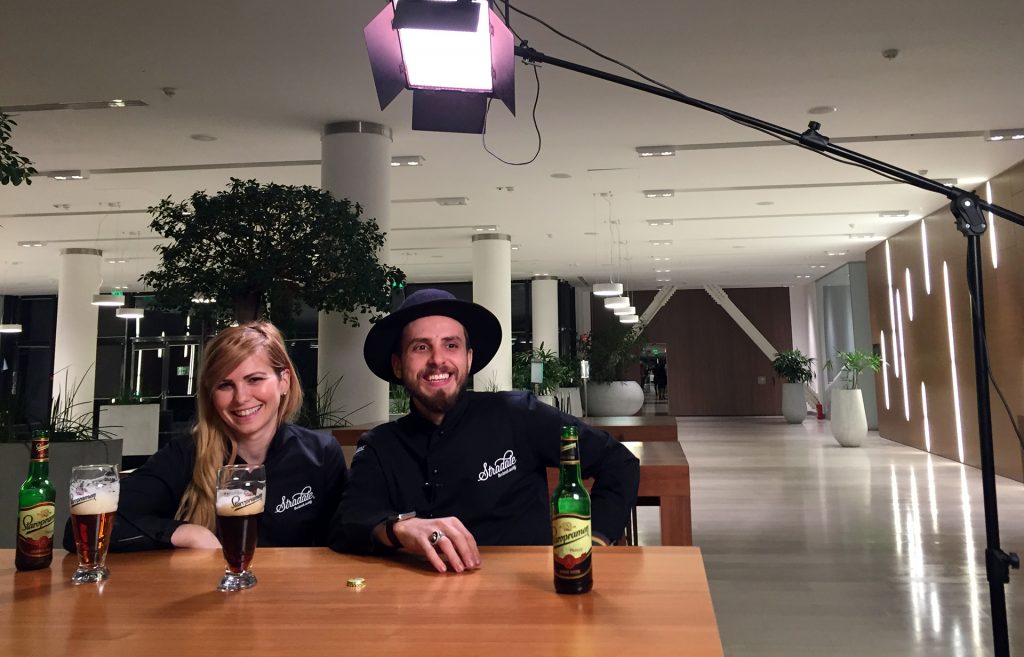 The filming took place in the Stradale restaurant and Willbrook center where I watched non stop the two “in action”, from the entrance in the kitchen to the cooking.

We were glad to be back around the Staropramen brand – which we met a year and a while ago when we filmed a commercial for Masterchef.

We were even happier to salive again while waiting for a shooting break, in order to eat what was cooking in front of us. This time, however, our spirit was strong and dull, trained after so many days of filmed recipes and wine tasting. We are getting better and better 🙂 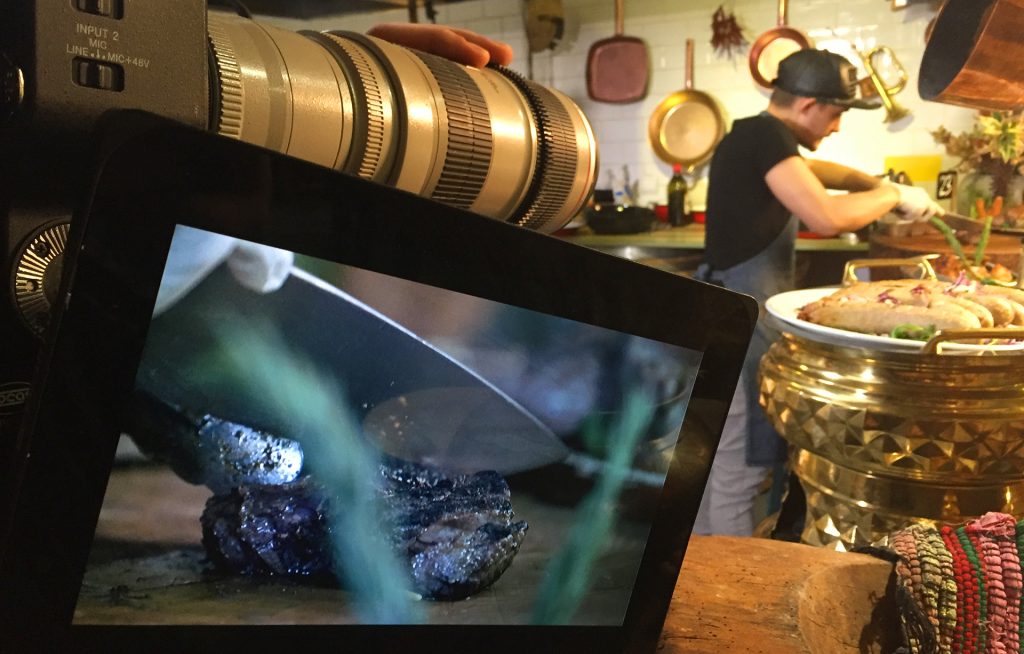 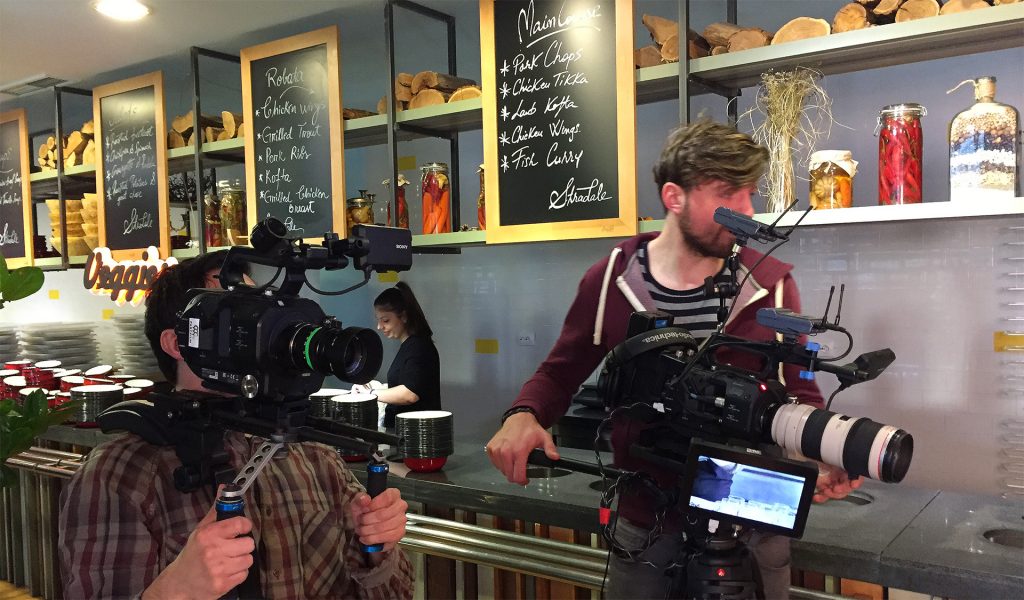 During this time Claudia was cooking some sensational desserts 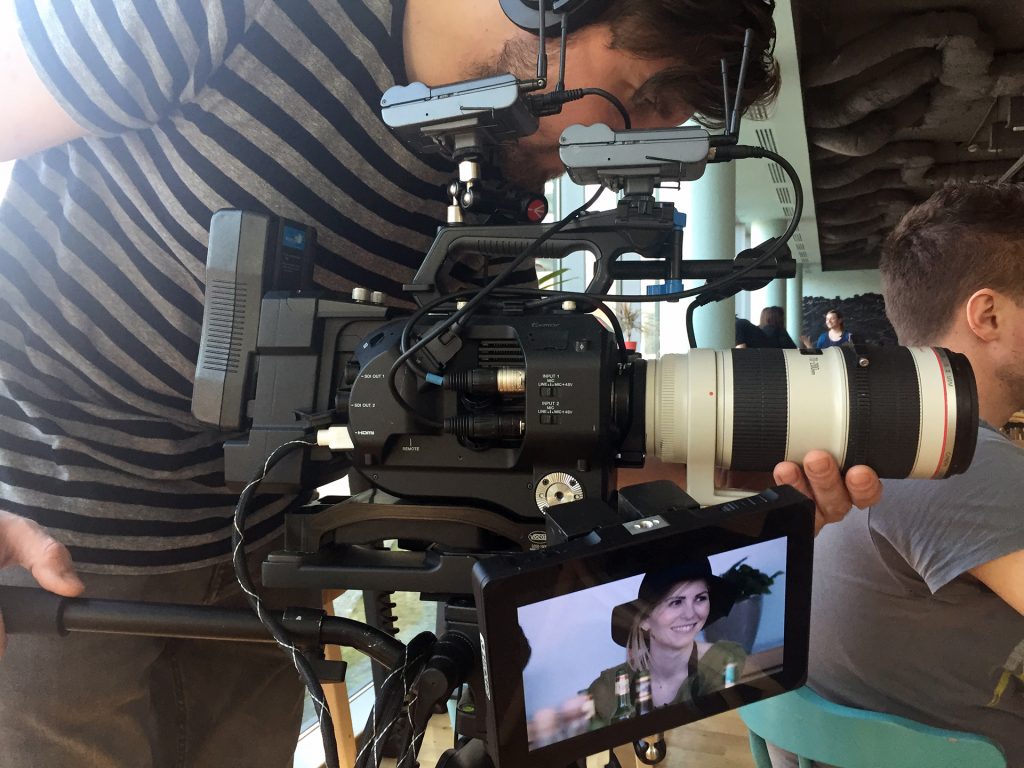 For making the mini-series we went on a simple schema and shooting team: two cameras and some small light sources. Space and atmosphere were not the most suitable for filming; we filmed in real kitchens, in places where real food was prepared for hundreds of people.

In such situations, you must give a lot of attention, especially if you want to catch some interactions, do some interviews, get food details and actions and eventually dance with your camera between chefs as they walking with sharpening knives and making huge flames from the grill.

I used the SONY FS7 cameras from Parcfilm, that seemed to have been made especially for this kind of video content projects (in fact, for this they were even made, borrowing the documentary camera form of a 16mm). Of course, with Zeiss lenses or, for extremely long focal lengths, Canon’s 70-200 zoom, sometimes amplified by a double focusing.

Since we filmed in difficult places and had little time at our disposal, one of the lighting solutions was the use of the Scorpio lights. If at first we considered their acquisition a “whether what it is, see what they are good” gesture, they prove their usefulness more and more. Some extremely versatile, daylight, LED sources that go to the socket or batteries and can be hung in any place. For these sources I have made a fairly wide review in this article , right after I bought them.

As I said, four episodes came out, we list them here as they come out of the oven: