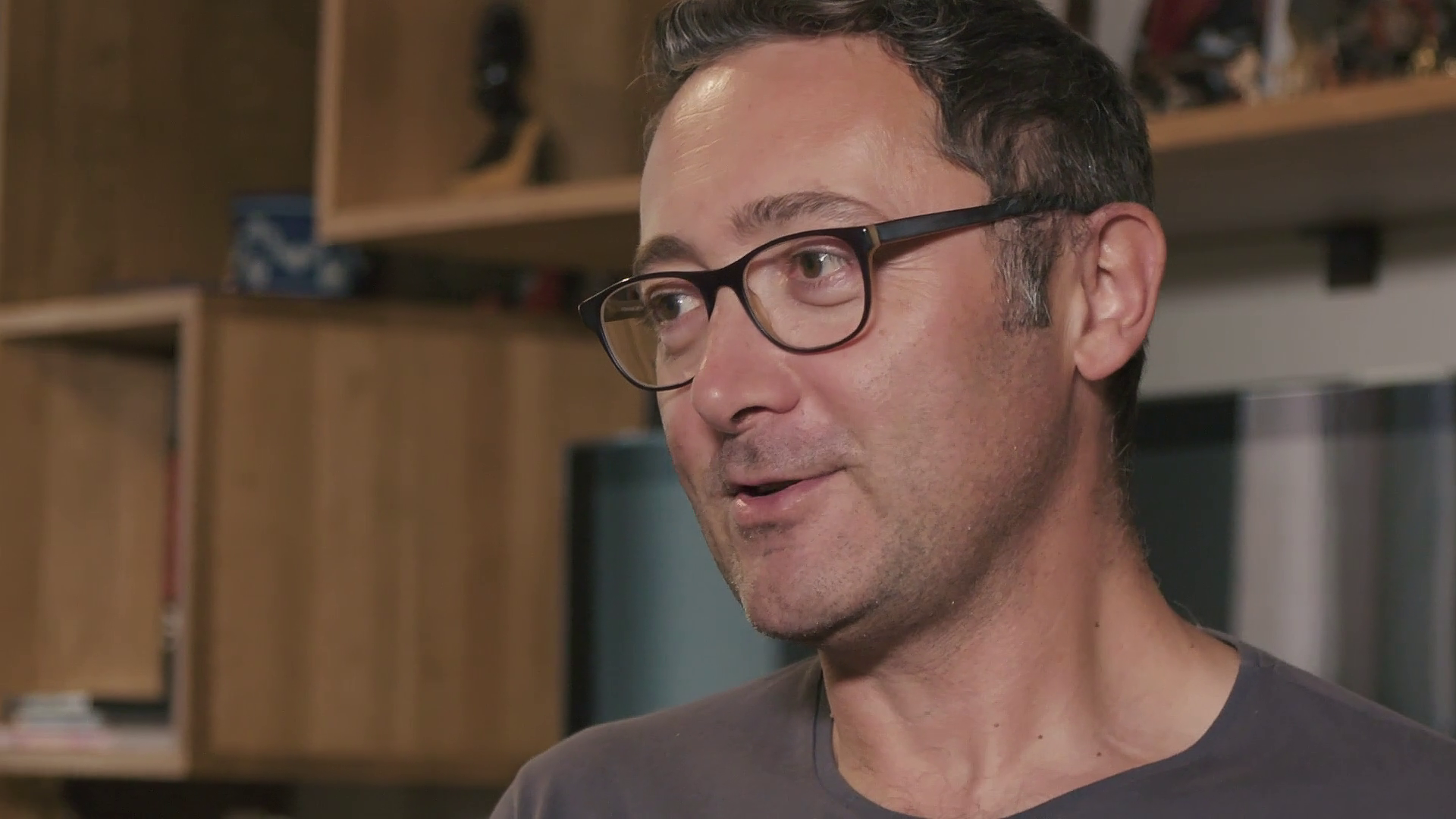 I have known Tudor Giurgiu for a long time, since 1997, when we met on the occasion of what was to be the first music television in Romania, Atomic TV, where we worked together for a while.

Because of this, 20 years later, I would have many things to say about him and our collaborations.

The portrait here is a very narrow slice of the complex person who is Tudor Giurgiu at the moment.

In 2017 Staropramen sponsored the TIFF film festival, an occasion that asked me to make a short documentary about Tudor as a festival director. In the very short time before TIFF 2017, we found a time to sit down and take a video portrait, as he is called on the platform hominiişigusturi.ro , otherwise the client of this project.

So: with Tudor Giurgiu, about how he manages to reconcile the three hats – director, producer and festival director.