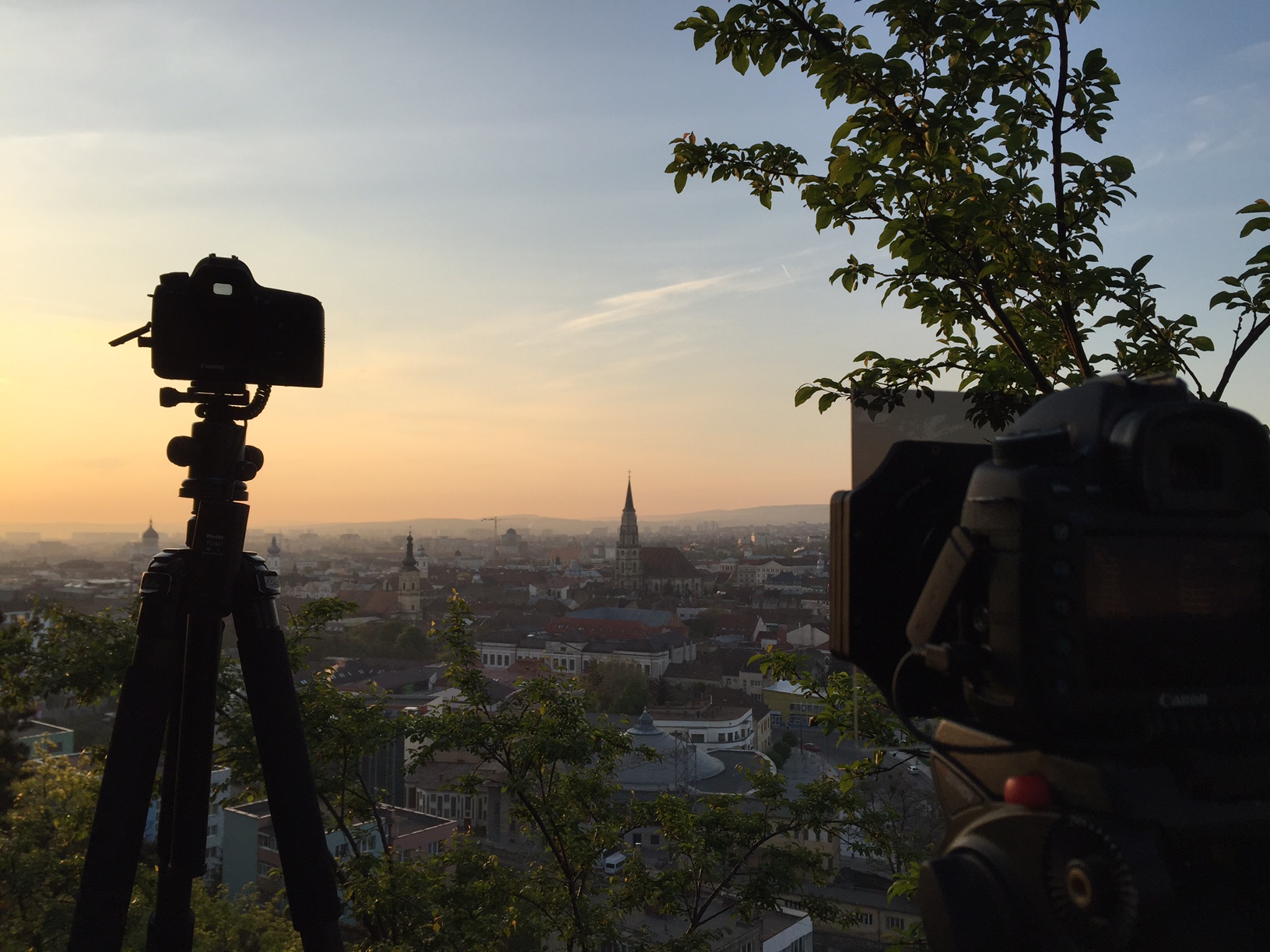 Parcfilm has been involved in many time lapse shootings along the way, meaning the capturing of long-lasting events through photos taken at smaller or larger intervals and then their editing in video sequences of just a few seconds. This is a brief history of how it all happened along the years, hence the passive voice 🙂

It started as a game.

At first everything it was just a passion – the great joy of seeing how many hours of time passing can be seen in just a few seconds. Many kilograms of equipment carried in the backpack through vacations, evenings and days spent guarding the cameras that quietly performed their activity. That’s how projects like the following  appeared
Time lapse the People’s House (Parliament Building in Bucharest).
6 o’clock in Bucharest in front of the People’s House.
Malaysia time lapse.
Singapore time lapse.
(click on the title to get to the specific films).

We began to use time lapse shooting in our commercial shootings.

Slowly, this kind of execution has also found its place in Parcfilm’s commercial projects, becoming a visual condiment for documentary projects or image films. A time lapse can give a pleasant feeling about a certain place and introduces you to the general atmosphere.

So we introduced time lapse in more and more movies (generally without being requested by the client, as a bonus offered by us) such as:
The documentary about the Bucegi Mountains,
Staropramen image film “People and tastes”
The “Taste of Romania” series made for Vodafone, with Adi Hădean and Răzvan Exarhu.
And more 🙂
(click on the title).

We start to get hired for time lapse jobs.

Then the job became even more serious. Parcfilm started to be hired    for specific time-lapse projects, namely the execution of works that were to be introduced in clips made by other production houses for important clients such as Telekom, BAT or Vodafone for which we made a whole series of time-lapses at the following spots  (the starting seconds from each spot):
Vodafone Supernet – E bine.
Vodafone #DaruiesteBucurie – Tableta.
Impreuna gasim solutia. Esti Ready Business. Vodafone.
Cartela Vodafone – Spiridusul Cladirii.
Vodafone Supernet – Weekendul de nelimitat.

We specialise even more.

In the last years we have specialized on a particular slice of this type of execution, namely time lapses of construction sites.
In this case the job is the most serious and long-lasting because we are talking about capturing some construction works that are carried out during weeks, months or even years.

For this type of job to be carried out in the middle of construction sites, special equipment must be used – super well protected from the weather, to which we must provide non-stop electricity connection and, if the client wants, an internet connection in order to be able to watch live, from phone or computer, the images captured by the cameras.

Parcfilm takes pride in several such executions, either as “time lapse only” projects, either as sequences of larger films such as:
OMV / Petrom – Safety campaign.
OMV / Petrom Polyfuels (the video opens directly at the time lapse).

A more sophisticated way of making a construction / building time lapse is called “hyperlapse” and it means that the camera is moving as we follow, in time, the evolution of the buliding. We made a test here.

So we are waiting for any thoughts you have with this particular kind of video production. We are here for your time lapse shootings!