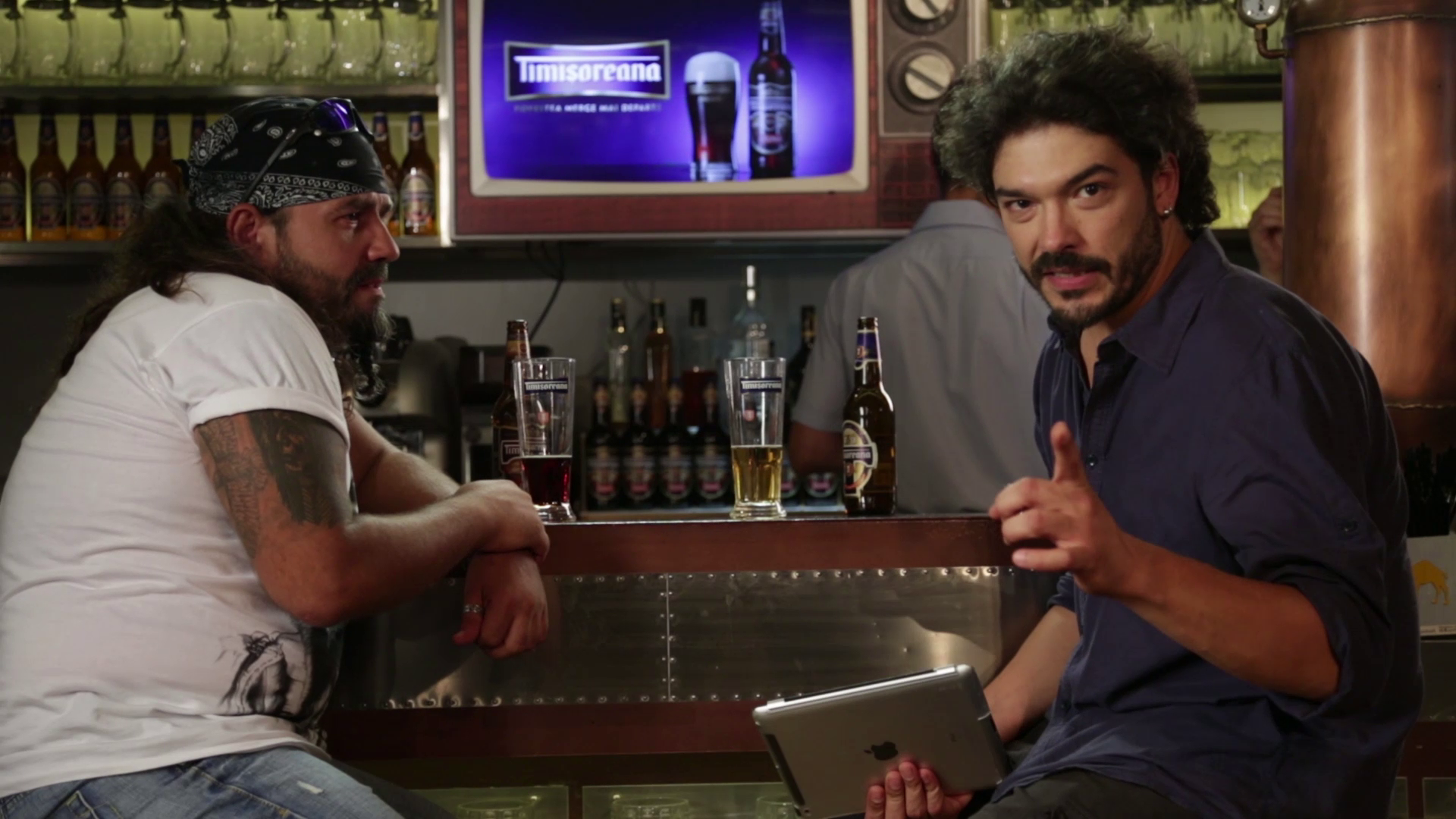 In 2013 a new brown Timisoreana beer was launched. It was a big fuss about it, of course. Part of it all was an online campaign on beretimisoreana.ro. Here is the story.

We have a spot with Adrian Despot (Vita de vie) and Adi Igrisan (Cargo). They sit at the bar, watch TV, drinking a beer and talking. Adi Igrisan tries to convince Adi Despot to drink a brown beer, bringing all logical reasons. Despot fights back, not agreeing. The conversation ends and the website users are invited to post pros and cons, in the attempt to convince Despot to try a brown beer. This is an interactive campaign and the users’ actions (comments or clicking on other tabs) give rise to different reactions of the main characters – they speak or sing or whistle or tell a joke etc.

What we had to do was to shot the main discussion between the two (intro and outro), as well as lot of “reactions”. The shooting took place in a bar in Old Downtown Bucharest, during a hot summer day – and we had to stop the air conditioning to record correctly the sound. Here you go:

During the “reactions” shooting, the two Adis came up with lots of bloopers that we put in a separate movie. It’s fun to laugh! 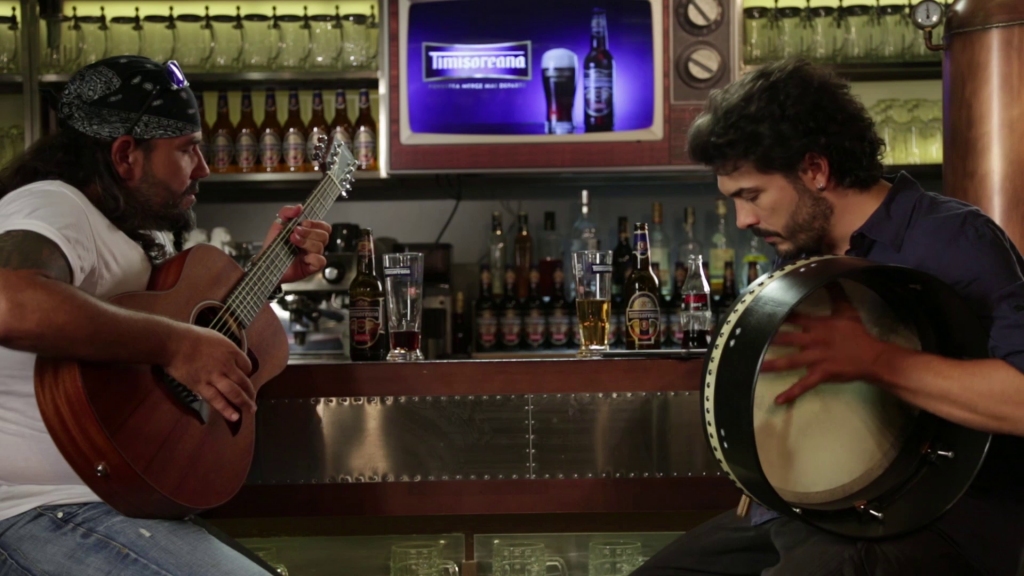 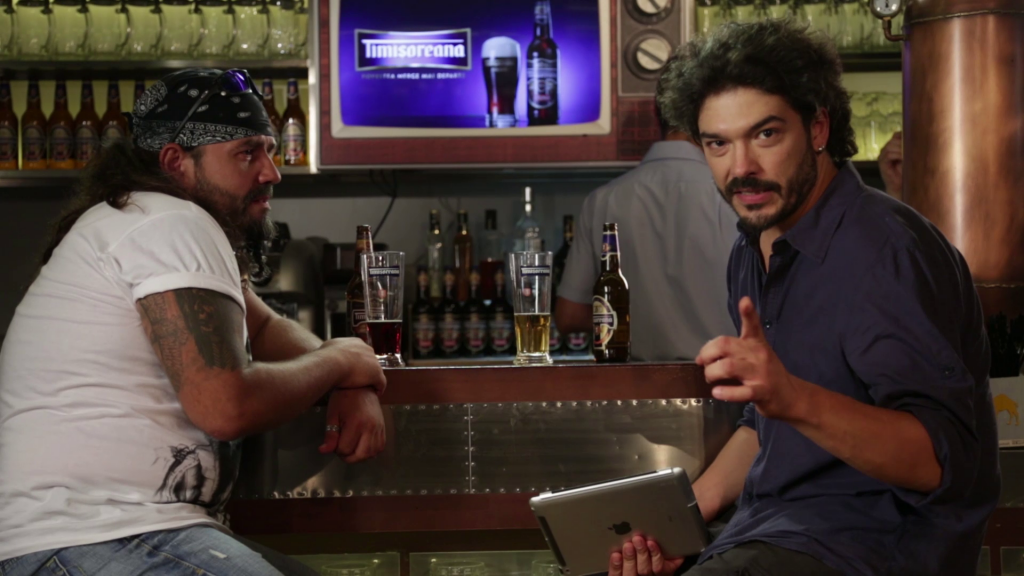 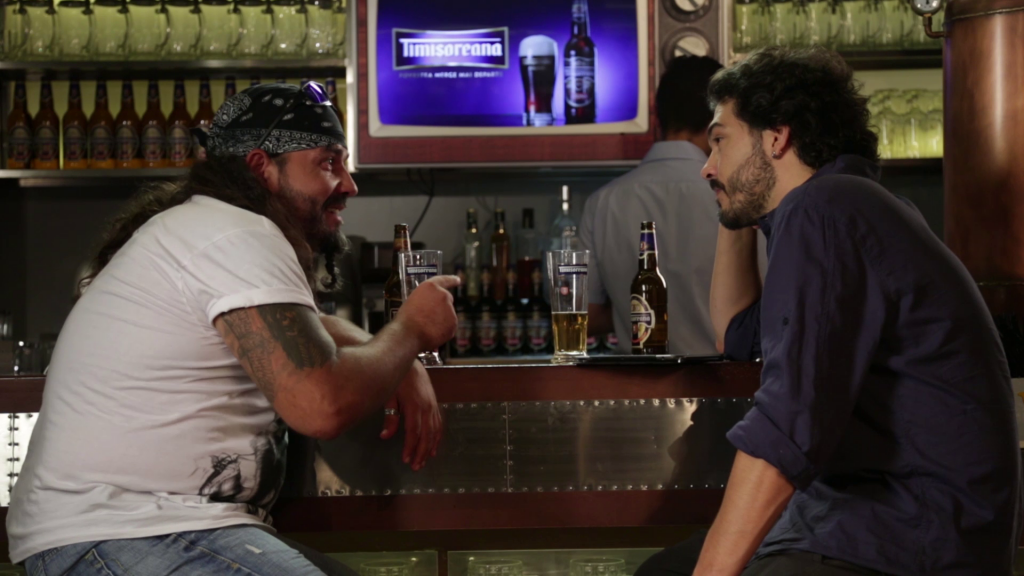