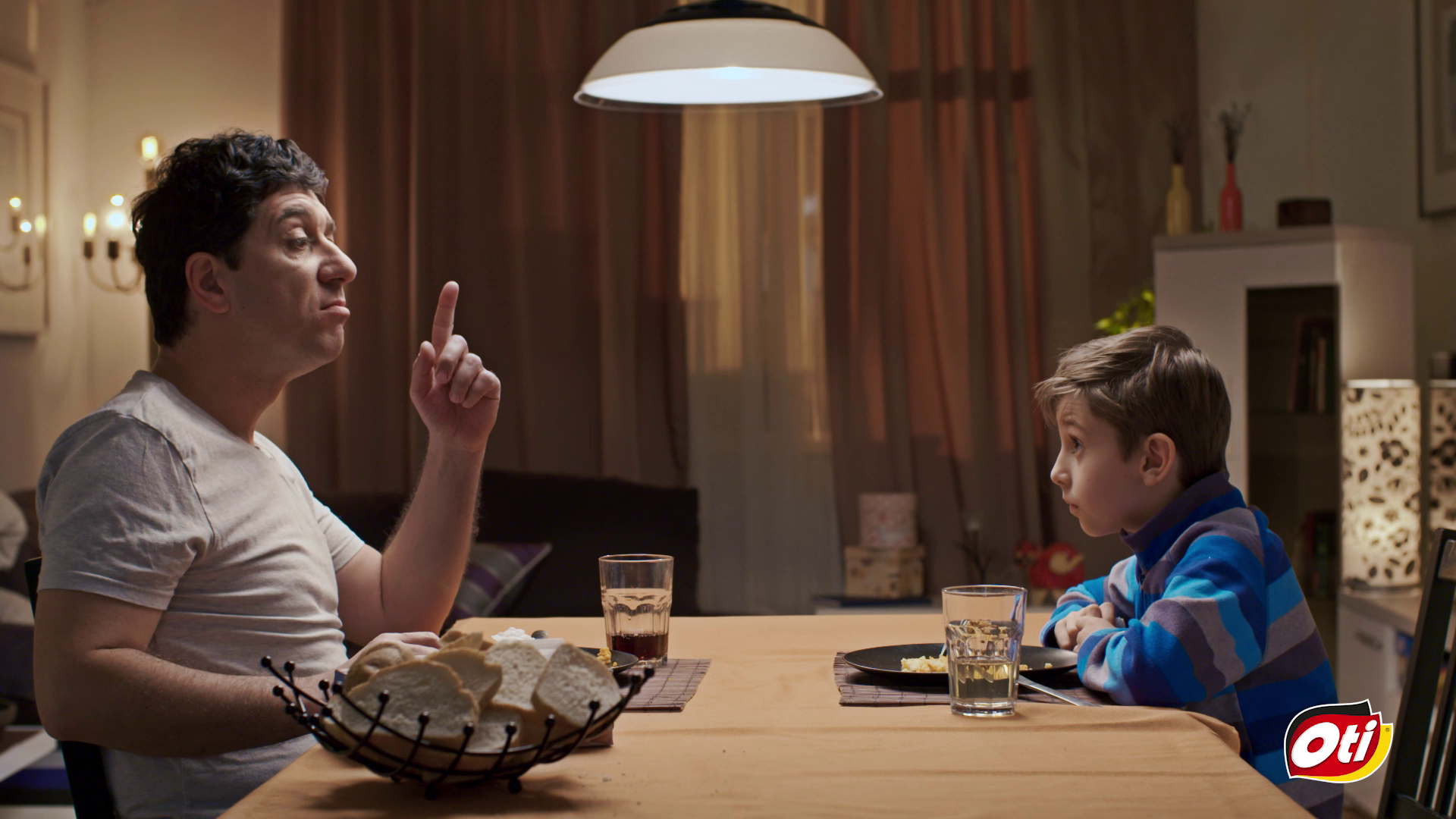 The year 2016 began gloriously for Parcfilm, with four tv commercials for OTI.

But first, who is OTI? Well, we have a house full of stuff from “OTI” brand and we do not know 🙂

OTI is  selling household products, so it’s almost impossible not to have a garbage bag, a sponge, a mop, paper tissues etc. from them.

So they decided to build a brand communication campaign through a funny strategy thought by Infinity Solutions.

When I first read the scripts … first I laughed (in a good way) and then I thought it is a bit daring – as a message – and quite difficult to interpret – for the actors. When the first casting tests came, we knew clearly who to choose: Alexandru Stratulat – the child, Abadiu Stefana and Dan Burghelea- the mother and father.

Dan Burghelea repeating for his role.

Alexander also played the role of the child in almost all of the casting tests.

As I said, there were four tvc, which we listed here as they were launched. I gave them names other than those they were released, exactly on the scenario idea, like “what we’re talking about when we’re not actually talking about …”

I added pictures from each tvc.

And some making of pictures from this tvc:

Filming in the kitchen

Stefana Abadiu in a break. She had a difficult role.

During filming for the tvc.

0 0
No Comments
Characters animation: presentation film for “Erasmus+” European Parliament
Animation “Leuțul – ING”. How to make a dog run to a bank