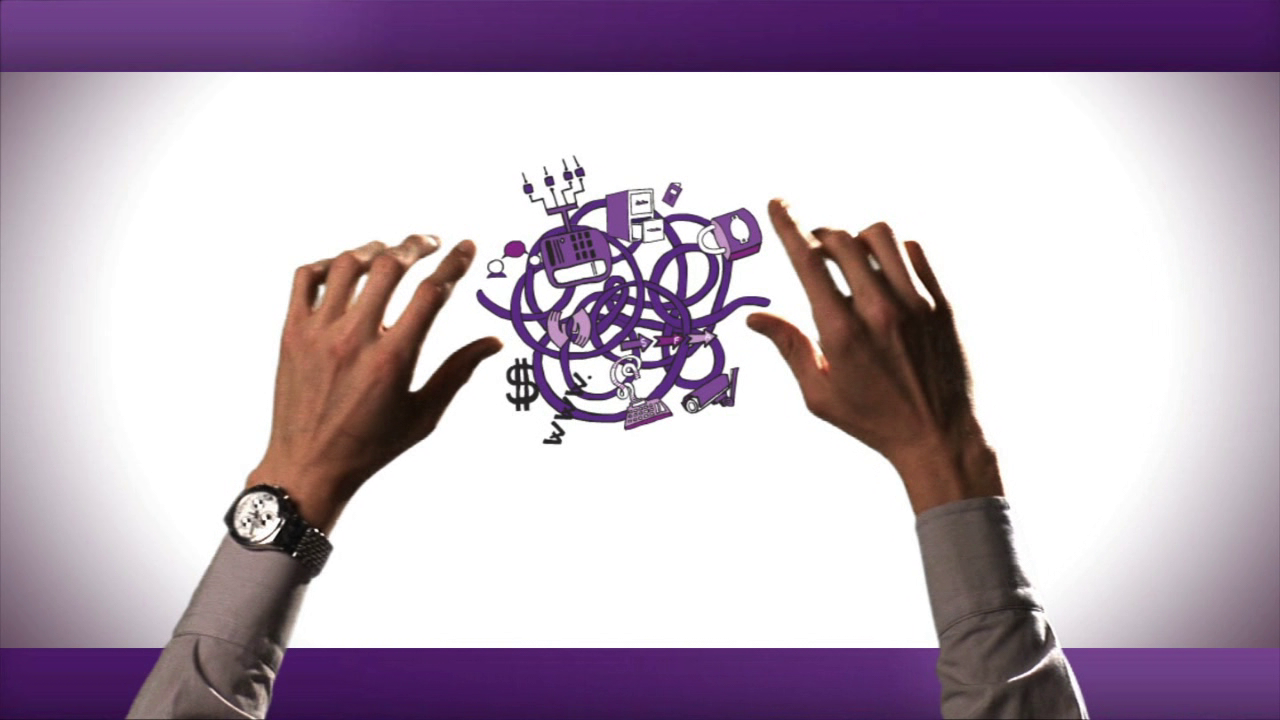 SOA stands for Service Oriented Architecture, which I have not yet understood fully. But the project was interesting 🙂

Basically, we had to explain to the experts in the field in a visual, funny way what this SOA represents. The idea was to have two hands in the frame which sit on a table and play with animated elements.

In order to avoid the chrome reflections on the palms, we filmed a considerable distance from the chrome canvas (4-5 meters), and the character (IBM employee, who also recorded the voice) was actually with his hands raised. Hence the feeling that those hands are not even resting on a table, as it should have actually been.
Filming was done at the client’s headquarters – IBM, in Bucharest.