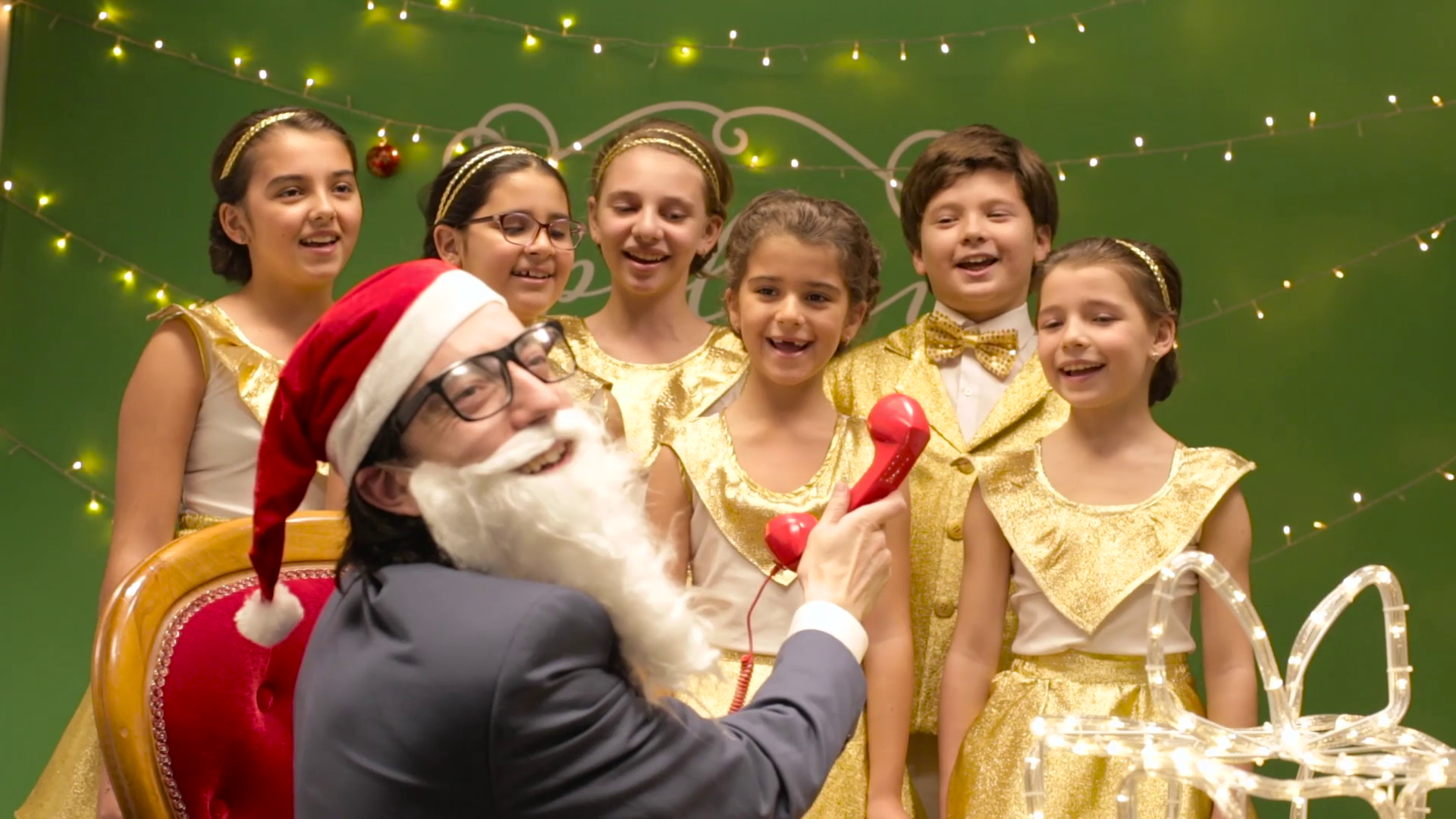 I must admit that I like Christmas campaigns. Even if they look  too mainstream, most often, they contain a quantity of “good” that pours over the people involved in the campaign story.

For Christmas 2016 we were asked by the Jazz agency to deal with the production and filming of a deep flavor of celebration activation at the Provident headquarters. Specifically, the story was a real surprise that happened live for two days at their office: we decorated with lights and ornaments the conference room and we invited an actor (Teodor Ghita) to call the Provident call center operators.

Two cameras were filming the call scene and another two were filming receiving the call at another floor in the building. Don’t ask how the two filming crews were coordinated and how the video was synchronized with the sound in the footage process. 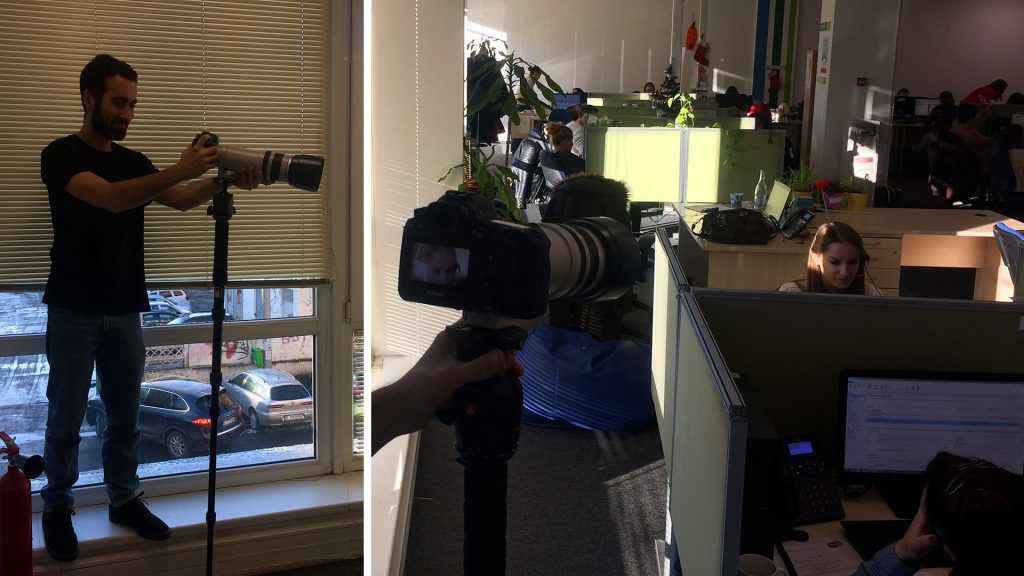 So for a full day, the team announced that they are ready for a new shooting and the callers got ready with a new cheer; Teo and Santa Claus also had help from a a wonderful choir of children and a tenor.

Sometimes those receiving calls thought it’s a prank from a client and they hung up the call. Others were stuck and did not really know what to do, especially when they knew that they are filmed. But I always suprised smiles on their faces when they heard a joke made by Teo or when they heard the voices of singing children.

As I said, Santa has been helped by a tenor and a children choir and that gave more color to the story. Even if it was hard day’s work, designs, synchronization and scurry, hearing the carols and felling all the joy made it much easier and pleasant. 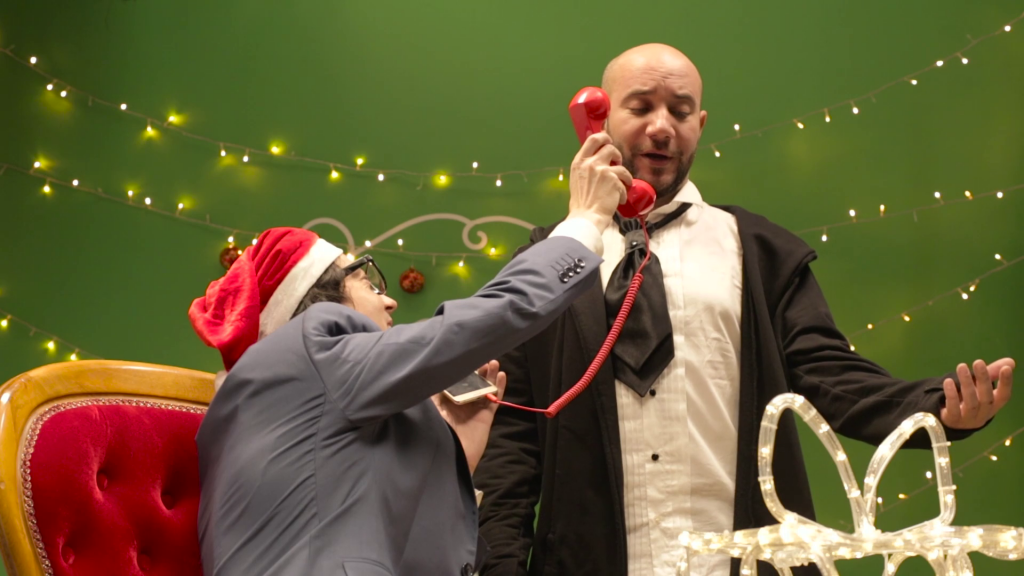 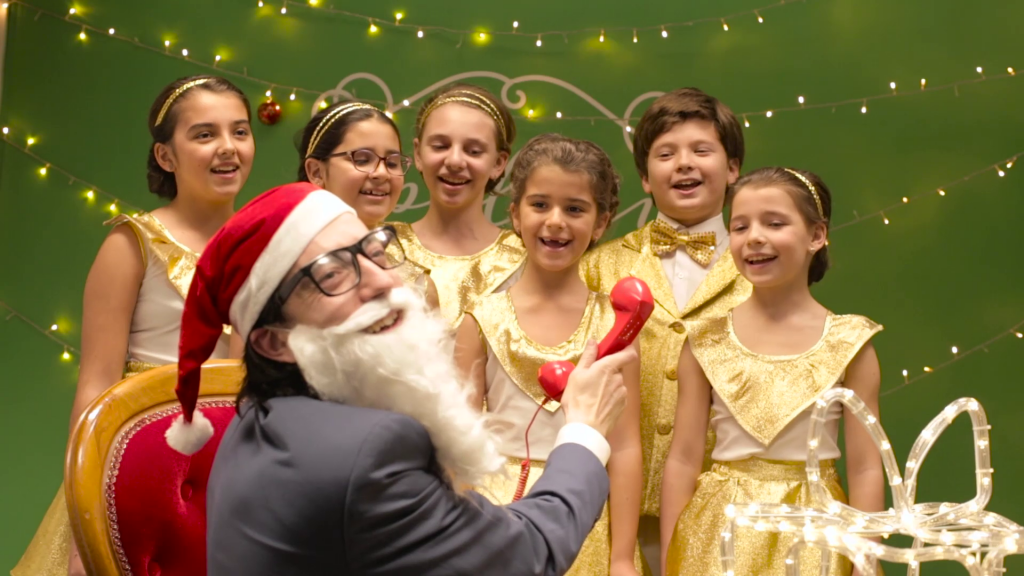 As I said, Santa has been helped by a tenor and a children choir and that gave more color to the story. Even if it was hard day’s work, designs, synchronization and scurry, hearing the carols and felling all the joy made it much easier and pleasant.

The footage was done in a record time because, sorry, it was after all, Christmas. Simona Suman from Jazz stayed in the Parcfilm footage studio with Alex Căptătoiu for many days & hours to make this happen.