Animation "Leuțul - ING". How to make a dog run to a bank - Parcfilm

Animation “Leuțul – ING”. How to make a dog run to a bank 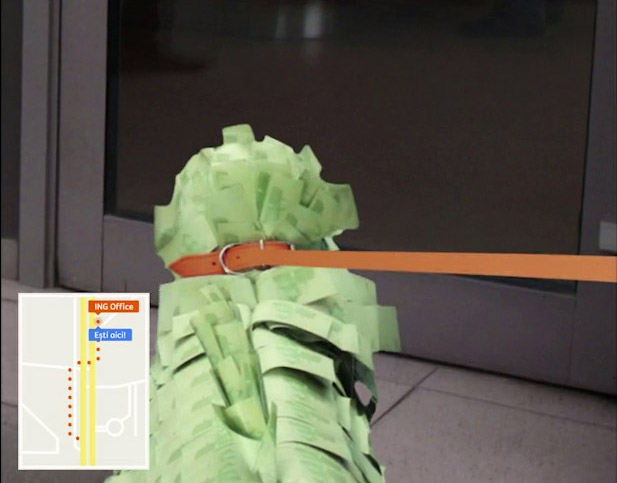 This story is about a film animation designed for ING. We cannot fit this in a ”digital content” category, although that’s what it is…anyway, this film was for a couple of screenings in a bus station.

It is still a digital environment because this movie was on a screen in a well known bus station in Bucharest in spring 2016.

So, what it is the whole idea of Profero Mullen Lowe ( ex Seniorhyper)?

The screen was mounted in one of the side walls of the bus station in the idea that people waiting there would be tempted to interact with it. In what way?

A leash was mounted to the right of the screen. As long as no one was doing anything,  a dog appears on the screen, waiting to interact with him. He is turning around, barking at you, making you somehow look at him. You instantly realize that you have to pull that leash and take the dog for a ride.

The moment you pulled the leash, our puppy “Leut” – which is made only from bancots and when barking says “ban-ban” (the roumanian word for money: ban) instead of “ham-ham” – starts to run until he arrives with you in front of the ING bank ,down the Magheru Boulevard

How was all this done?

Just to talk about our job at Parcfilm – first, I received some filmed materials with a dog made from banknotes (real dog, built and handled by a puppy in a studio) that made all sorts of basic moves on the chrome . We have received slow, medium and fast running movements, head-to-left, left-hand moves, etc that we have tied together and made a move as realistic as possible.

Then we filmed the route that our dog was going through (after we had some tests to see what angle it was good to keep the camera) – an exhausting and complicated thing.

We thought about several variants. It was quite clear that we had to use DJI Ronin’s rocking gear. On the gimbal we mounted the SONY FS7 camera set in 4K mode because we had to deliver a movie in fullHD portrait resolution – so we shot 4K landscape and cut the middle area.

I put the gimbal – with the camera, downside (the other way around – it was the first time I did that) on Andrei Oana’s beautiful bike, which handled the entire system, running on the bus station – ING Bank countless times. 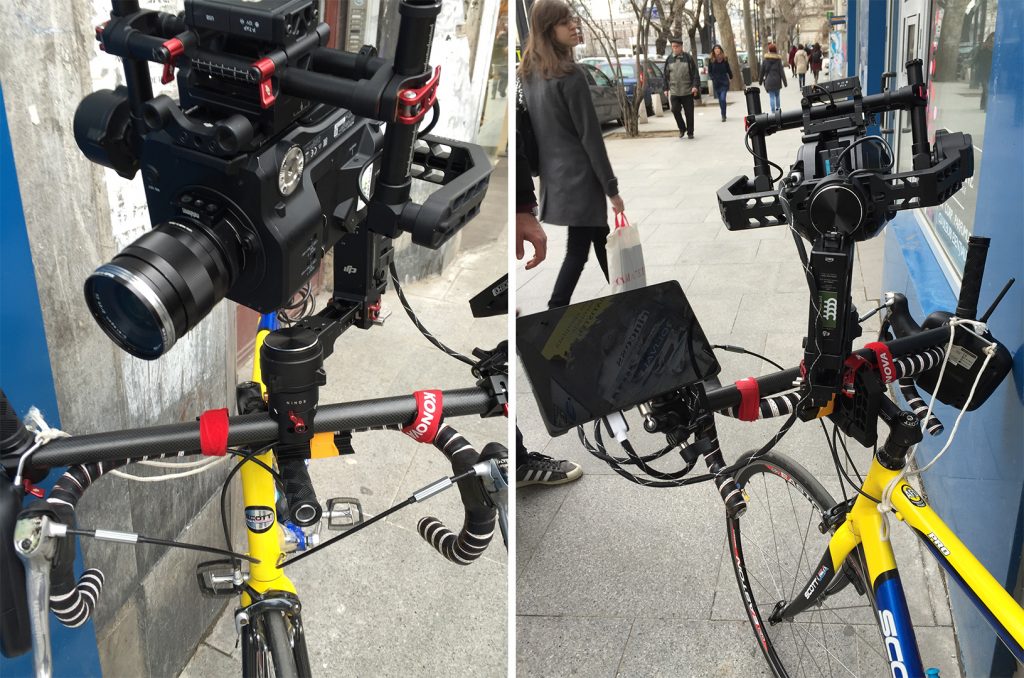 DJI Ronin mounted on a bike and a SmallHD monitor. 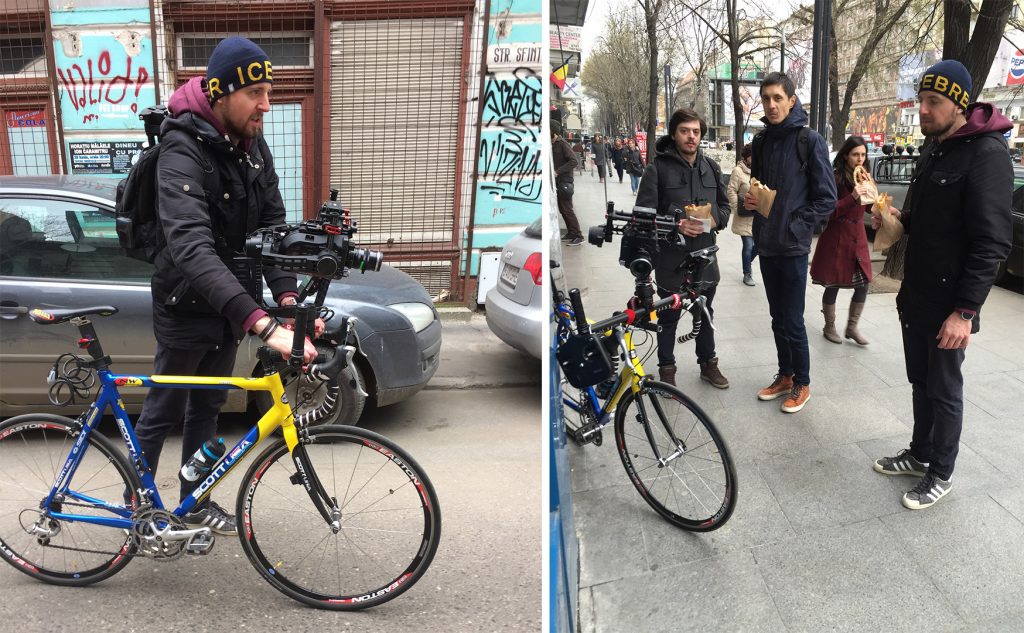 Pretzel break between the doubles with the agency.

This was quite complicated because two streets had to be crossed and we were struggling to synchronize with traffic lights and cars; plus we had to avoid the pedestrians.

After a lot of sweat, we finished shooting because the sun was setting. It ran about 3 hours on the mentioned route and we were not happy with any doubles. But I had nothing to do.

The filming came to postproduction, where I did my best to become what was seen above.