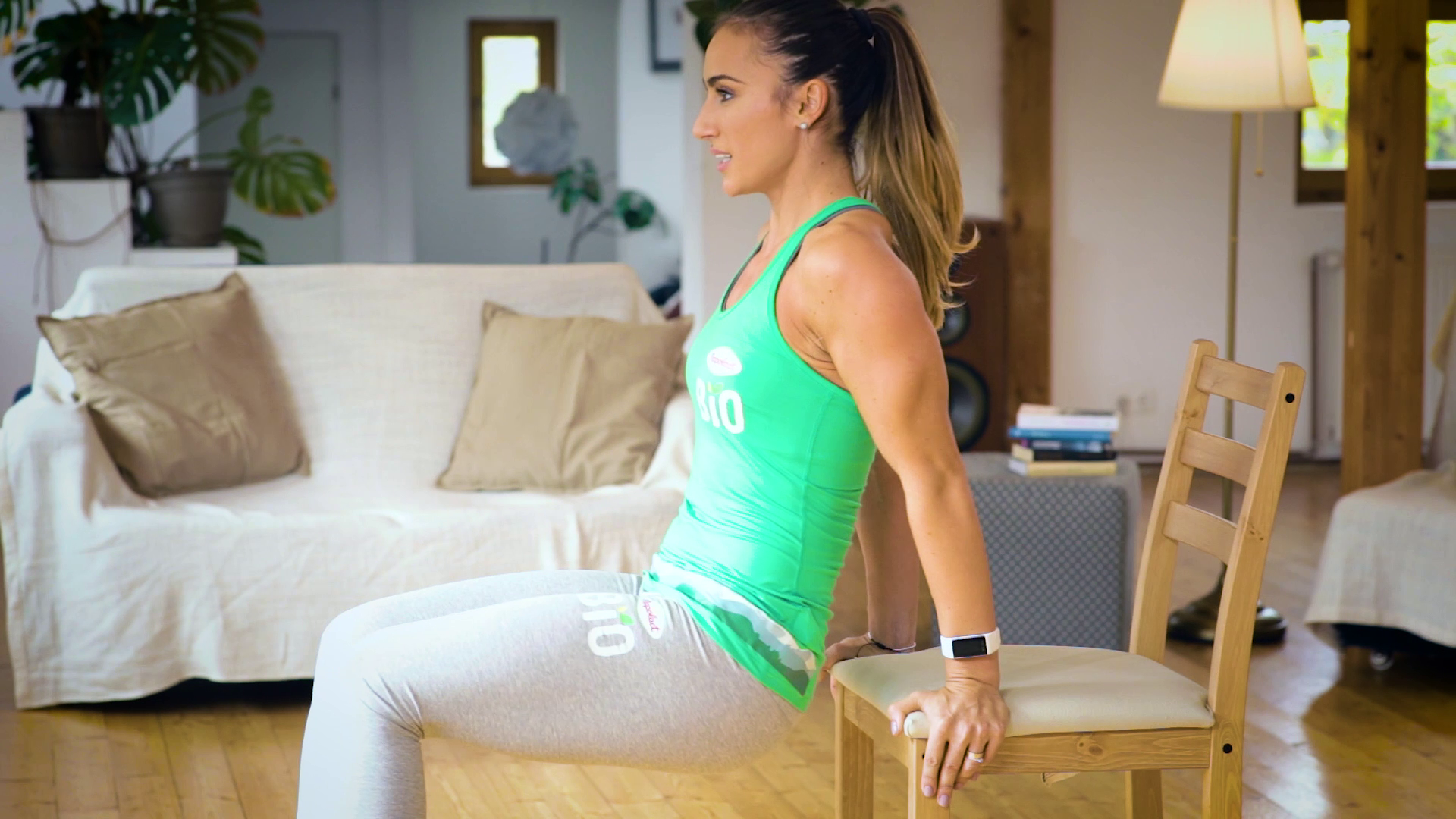 I often go to the gym, especially at Worldclass Downtown. I have the luxury to go there at lunch time (as I allow myself the luxury of filming often on weekends or at night, because what do you know? I am a freelancer);for a while I was fond of cycling at 12AM.

Every Friday I was seeing a cheerful girl smiling from ear to ear, listening a playlist on my taste. I never remember people’s names and, frankly, her`s neither. So, after some time, at a meeting at V8 Interactive, here I am, facing this girl. I’ve only recognised her face.

Between fitness competitions and world medals, Anca Bucur was going to be the image of Napolact BIO by presenting a series of exercises that anyone can do it anywhere ( at home or office, not in the elevator, of course). Each series of exercises is 7 minutes long –  seven different exercises lined up, in order to train all your muscle groups without losing too much time for that, in case you believe that exercising is a waste of time.

I filmed three series of this type of exercises and each one was harder than the other. For example, after finishing one, you need a break because this way you have time to adjust to each type of exercise; Thus, when you’re feeling much better and get used to the burden, you can pass on the next series,which is more difficult.

Here is one of the modules, for the others you should check the Napolact Facebook page or their website;).

The shooting took place in a beautiful loft in Cotroceni, where we filmed with two cameras, one of which was mounted on a slider of 150cm provided with an auto panorama mechanism –  it doesn’t  matter in which place of the slider is the camera, the direction of the lens is the same.

And the port protector from SmallHD proved super helpful as always. It’s not an investment that you can do it too easily, when you think it’s just a piece of plastic, but it saves you a lot of worry and protects your camera motherboard , removing any aggression on the HDMI port. 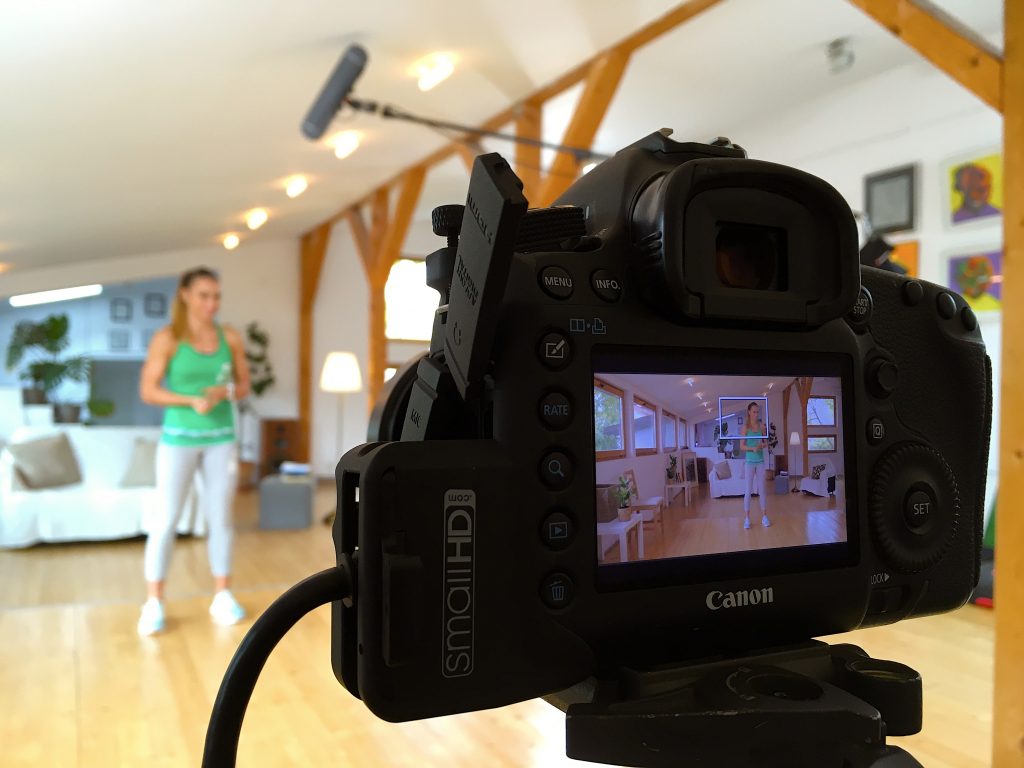 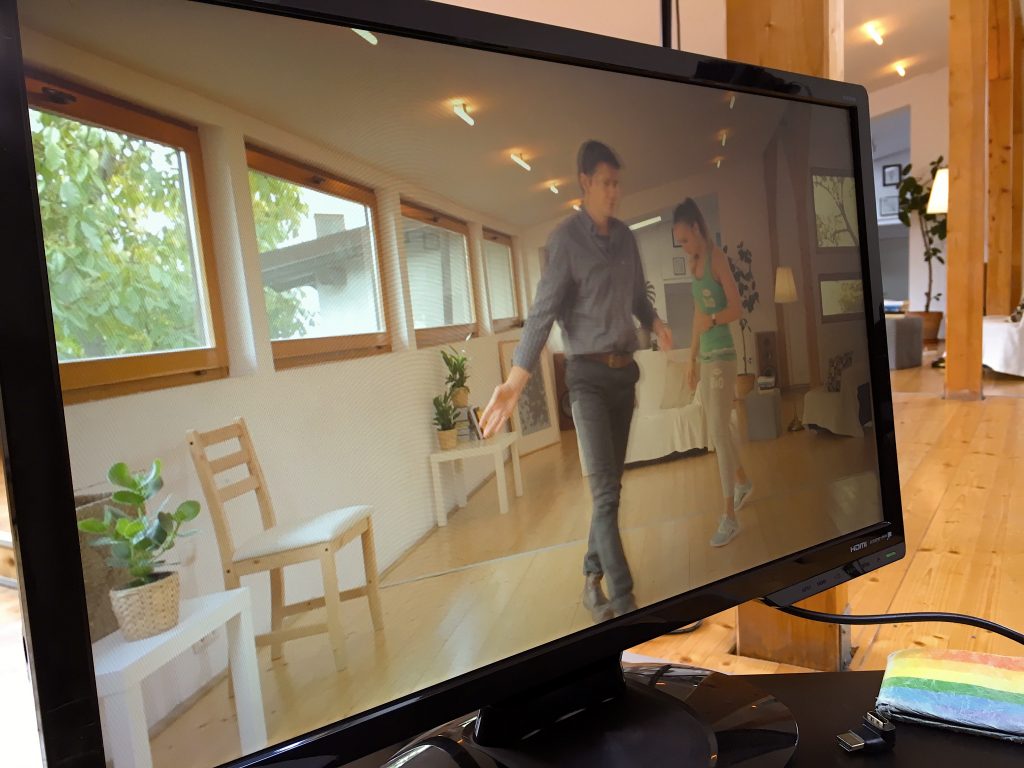 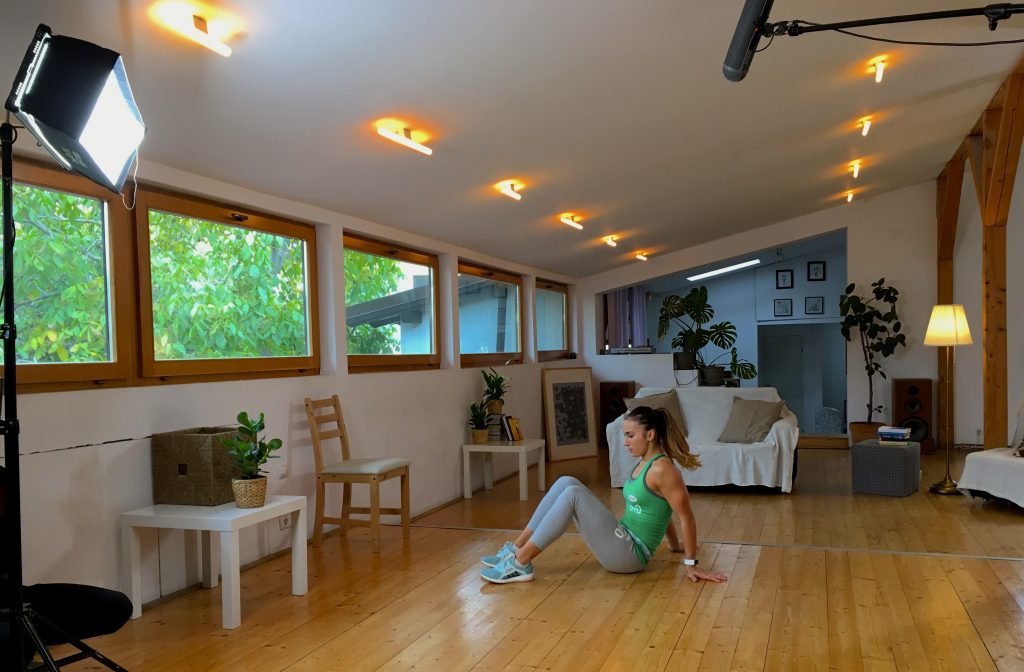 Although these clips were filmed several months before Christmas, making them public now, between Christmas and New Year 2016, helps us to stay in shape.