Caroling with a pig ! We’re filming holiday celebrations for Christmas 2013 :) 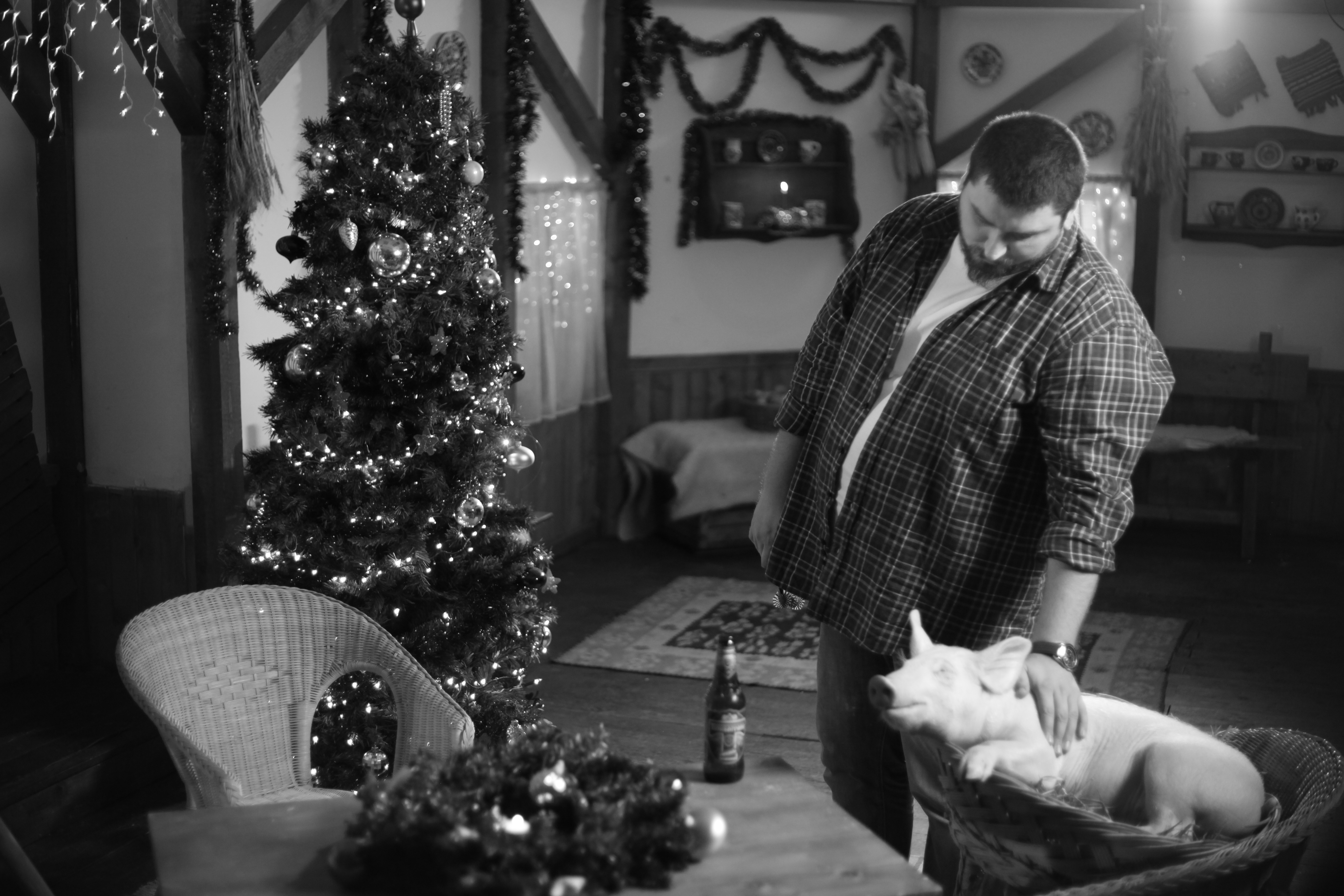 Sooooo. I had to do (filming/ footage) for Timisoreana ( a Romanian beer brand) – via Proximity- some carols in which a stand up comedian Micutzu was singing three adapted carlos alongside a piggy. And now let`s imagine how it sounds ” Oh, Christmas Tree” or other sweet carols in a voice and grohs mix – well, below the results:). Scenarios were, of course, very nice on paper, but with every day we approached shooting, the question was asked “how the pig will react?”. Leaving all that stress and insomnia, it all started in the Audiotrust studios, where the songs were recorded and the boys from there seasoned the melodious lines with some cute grohs.

Required location: ” traditional Romanian scenery, warm vibes of celebration, Christmas bells, oven and so on. Ok, so Favorit TV:) . Things went really well there, where we were properly received and we a had a plateau only for us.

We have to say that the pig had a duplicate- ” Nelutu” is a male pig with a male name but the truth is that he is a she – “Neluta”. Hope that she is alive, healthy and sturdy. We also specify that both pigs were carefully cared under the guidance of the veterinarian and after filming they returned back to their home. But you dont want to know what ideas have veterinarians nowadays.

A whole week we heard grohs in the Parcfilm footage studio until the carols took the shape of the videos below. And below below, some beautiful memories during the shooting. The campaign can be seen on beretimisoreana.ro (and will be visible until the winter holidays of 2013, so who reads this article later, probably the link will lead to another campaign ).

To be sure that the pig played in all the scenes

0 0
No Comments
The night of Saint Nicholas Day in Pestera village. A short night timelapse
Production management for the documentary film “Tanase affair”